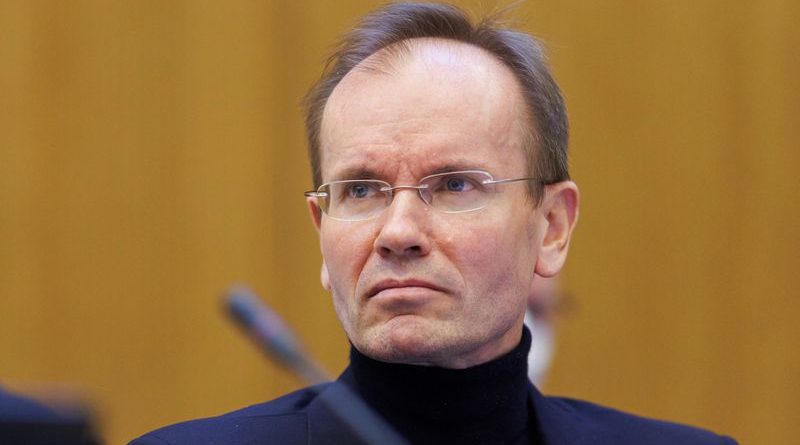 MUNICH (Reuters) -Former Wirecard boss Markus Braun’s lawyers accused prosecutors of botching Germany’s biggest post-war fraud trial at the start of his defence on Monday and alleged that their key witness was in fact the main perpetrator.

Braun, 53, and two other ex-Wirecard managers Oliver Bellenhaus and Stephan von Erffa are on trial on charges including market manipulation and fraud at the defunct payments company and could face up to 15 years in prison if convicted.

Wirecard’s collapse two years ago shook the German business establishment, putting politicians who had backed it and regulators who took years to investigate allegations against the company under intense scrutiny.

The lawyer for Bellenhaus, who was head of Wirecard’s subsidiary in Dubai and became a witness after turning himself in to German authorities in 2020, said he admits responsibility. The lawyer last week asked for a reduced sentence and for Bellenhaus to be released from custody in recognition of his client’s co-operation.

Von Erffa has expressed regret about the events but his lawyer on Monday denied any wrongdoing on his part.

At the start of the trial in Munich last week, prosecutors accused Braun and his co-defendants of being part of a gang that invented vast sums of phantom revenue through bogus transactions with partner companies to mislead creditors and investors.

They said the deception allowed Wirecard’s managers to siphon money out of the company for years.

Braun’s lawyer Alfred Dierlamm’s defence sought to puncture those claims in court. He said that Braun had never sold his Wirecard shares and had actually taken the initiative to call in outside auditors from KPMG to investigate its finances.

“It’s an absolutely absurd and erroneous notion that a gang leader would act like this,” Dierlamm said.

He said prosecutors were biased against Braun, who was arrested in 2020, adding they were under pressure to find a culprit after fellow Wirecard manager, Jan Marsalek, fled abroad.

Dierlamm said that Bellenhaus, who is the prosecution’s key witness, was the main perpetrator of fraud and asked for the trial to be suspended to give the defence more time given the volume of “files that were dumped on our table” on a weekly basis since the start of November.

‘NOT A KEY WITNESS’

Founded in 1999 and based in the Munich suburb of Aschheim, Wirecard’s spectacular rise transformed it from a payment processor for pornography and online gambling to a showpiece for a new type of German tech company that could compete with the established titans of Europe’s largest economy.

After batting away suspicions of wrongdoing from investors and journalists and successfully lobbying the German authorities to investigate those who were scrutinising its finances, Wirecard finally admitted in June 2020 that 1.9 billion euros ($2 billion) were missing from its balance sheet.

Dierlamm said Bellenhaus was not credible as the key witness in the case.

“Bellenhaus is the main perpetrator of a gang whose sole aim was to siphon off and embezzle large sums of money from Wirecard AG’s wealth,” Braun’s lawyer said.

Von Erffa’s lawyer Sabine Stetter also said in a statement that Bellenhaus was a “dubious witness”.

Bellenhaus deleted huge amounts of e-mails, allegedly lost his mobile phone and laptop and only reported selectively to the public prosecutor, she added.

Florian Eder, Bellenhaus’ lawyer, dismissed Dierlamm’s allegations as “outrageous” and a smokescreen, questioning whether Bellenhaus would really have stashed money away abroad and only returned to Germany “to dob Dr Braun in”.

Dierlamm countered prosecution claims that no real money flowed to Wirecard’s partner companies and said the prosecution had not been thorough in checking evidence of payments.

“As a result of the serious omissions in the investigative process, we now have a shambles in front of us,” he said.

A verdict is not expected before 2024 at the earliest.