By Hyunjoo Jin and Chibuike Oguh

“The bird is freed,” he tweeted in an apparent nod to his desire to see the company has fewer limits on content that can be posted. But Musk provided little clarity on how he will achieve his goals.Earlier this month, Musk brought the deal back on the table after previously trying to walk away from it. Musk had said he was excited to buy Twitter but he and his co-investors are overpaying.

WHAT WAS HIS FINANCING PLAN?

Experts have said commitments from banks to the deal were firm and tight, limiting their ability to walk away from the contract despite the prospect that they may face major losses.

Musk’s $33.5 billion equity commitment included his 9.6% Twitter stake, which is worth $4 billion, and the $7.1 billion he had secured from equity investors, including Oracle Corp co-founder Larry Ellison and Saudi Prince Alwaleed bin Talal.

That had left Musk in need for an additional $22.4 billion of funds to cover the equity financing portion of the deal.

Since the co-backers were revealed, Apollo Global Management Inc and Sixth Street Partners have pulled their offers from the table.

FROM MUSK’S OWN POCKET

Musk, 51, is the world’s richest person with a net worth of $222 billion, according to Forbes, but a large portion of his fortune is tied to his stakes in Tesla and Space X.

According to a Reuters calculation, Musk had about $20 billion cash after selling part of his stake in Tesla through multiple transactions in November and December last year and April and August.

Musk would have needed to raise an additional $2 billion to $3 billion to complete the financing for the deal.

WHAT ABOUT THE SHORTFALL?

It was not immediately clear how Musk covered a gap of about $3 billion in financing. Wedbush analyst Daniel Ives said it could be outside capital as no Form 4s were filed this week and it could likely be an investor already backing the deal.

Musk was widely expected to sell more of his Tesla shares in the nine-day window between the electric automaker’s results on Oct. 19 and the Oct. 28 deadline to close the deal. A sale has not been notified so far.

(This story has been refiled to remove a question mark from the headline.) 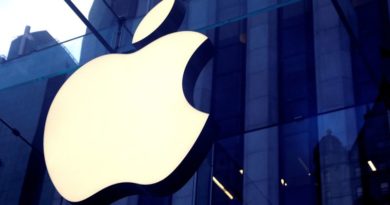 ‘Fake it until you make it’: 5G marketing outpaces service reality