SHANGHAI (Reuters) – The new chairman of embattled Chinese chip conglomerate Tsinghua Unigroup promised a “new start” for the company in an open letter to staff published on Wednesday.

In his first public comments since formally taking over Unigroup on Monday, Unigroup Chairman Li Bin wrote the company would begin its new era under his leadership by paying back its creditors and reducing its debt ratio.

After that, Li wrote, the company will “go into battle” by studying foreign and domestic competition.

Li criticised management under its previous owner, Zhao Weiguo, who drove the company into debt while building a conglomerate.

“The companies in the group are fighting each other and there is no resource sharing, collaborative management or synergies,” Li wrote.

“While our scale is already large, our business achievements and quality levels are uneven.”

Tsinghua Unigroup said in a market filing late on Monday that it had completed a restructuring plan that officially placed it under the ownership of a vehicle controlled by Wise Road Capital, Jianguang Asset Management, and a number of state-affiliated funds.

Wise Road was behind a failed $1.4 billion acquisition of U.S.-listed chipmaker Magnachip, which fell apart due to regulatory scrutiny.

Wise Road also negotiated the sale of Britain’s Newport Wafer Fab to a Chinese buyer in 2021. In May, the British government ordered a national security review into the deal.

Originating as a branch of China’s prestigious Tsinghua University, Tsinghua Unigroup emerged in the previous decade as a would-be domestic champion for China’s laggard chip industry.

But the company fell into debt under former chairman Zhao, prompting it to default on a number of bond payments in late 2020 end eventually face bankruptcy.

The conglomerate has yet to produce any global leaders in the semiconductor sector. However, in recent years, two divisions have made promising advances. 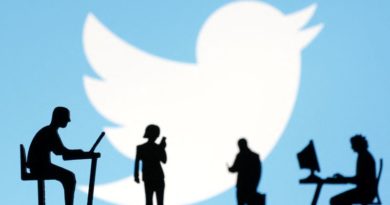