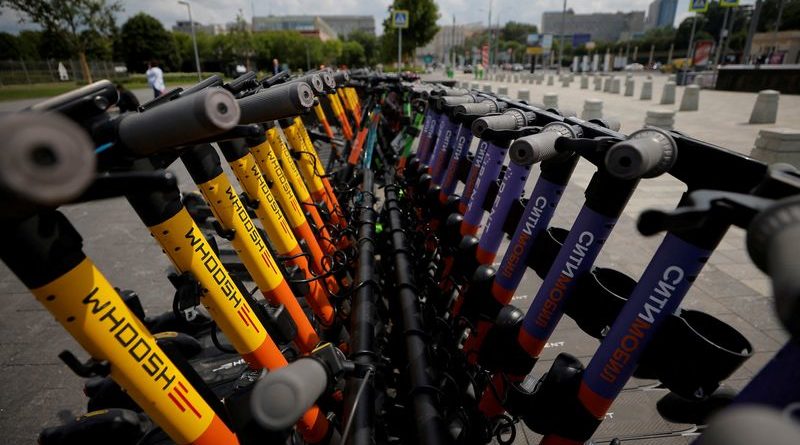 
MOSCOW (Reuters) -Russian electric scooter company Whoosh said on Monday it expected its initial public offering (IPO) price in Moscow to be 185 roubles ($2.94) per share, at the bottom of an estimated range announced last week.

It said the total size of the IPO, which would be Russia’s first since Moscow sent tens of thousands of troops into Ukraine in February, would be around 2.3 billion roubles.

Although modest in size, Whoosh’s stock market debut will be seen as a key test of the health of Russia’s capital markets more than nine months after the West imposed sanctions on Moscow for its actions in Ukraine, cutting much of Russia’s financial sector off from Western investment.

Whoosh CEO Dmitry Chuyko said the company had decided to refine the transaction price and some other parameters following meetings with potential investors and after seeing “concrete interest” from leading Russian investment funds.

“We are sure that the proposed IPO price will provide potential investors with additional comfort and at the same time will enable us to attract first class Russian funds into the company’s capital,” Chuyko said in a statement.