Shares in T-Mobile rose 3% in extended trading after the company also beat third-quarter estimates for wireless phone customer additions, helped by discounts on smartphones and plans at industry-low prices.

It also has an edge in the 5G game, owing to the chunky 2.5Ghz mid-band spectrum it won through its $23 billion buyout of rival Sprint in 2020, while Verizon and AT&T are building up the mid-band that provides a good balance of capacity and coverage.

So, while other telcos bear huge costs on 5G deployments, T-Mobile’s roll-out has been less expensive and helpful in managing costs, CFRA analyst Keith Snyder said.

The company added 854,000 monthly bill-paying phone subscribers in the third quarter, above FactSet estimates of 724,800, and 578,000 high-speed internet customers.

In comparison, AT&T added 708,000 postpaid phone subscribers and Verizon, the largest U.S. carrier by subscribers, added only 8,000 customers in the same period.

T-Mobile expects to add between 6.2 million and 6.4 million net monthly-bill paying subscribers in 2022, up from a prior forecast of 6 million to 6.3 million.

(Reporting by Eva Mathews in Bengaluru; Editing by Shinjini Ganguli) 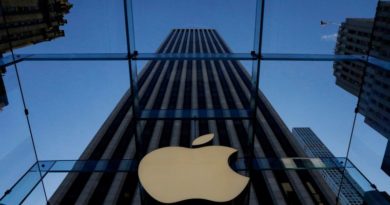 Amazon to create 4,000 jobs in Britain this year