(Reuters) – W3BCLOUD, a tech joint venture between Advanced Micro Devices, ConsenSys and its founders, on Monday agreed to go public in the United States by merging with a blank-check firm in a deal that values the combined company at $1.25 billion including debt.

The deal with Social Leverage Acquisition Corp I is expected to fetch up to $345 million in proceeds from the special purpose acquisition company’s (SPAC) trust account, assuming no redemptions.

W3BCLOUD has commitments for $40 million from ConsenSys, SK Inc and others for new investments and has also struck an agreement with AMD for an additional equity investment of $10 million, each of which is subject to certain conditions.

Founded in 2018, the company is betting on the growing popularity of Web3 by providing storage and computing infrastructure to power the decentralized economy.

Web3 is used to describe a potential next phase of the internet – a decentralized web run on blockchain technology.

Still, the announcement comes at a difficult time for the SPAC market, once Wall Street’s hottest trend when it peaked during 2020 and early 2021, and currently finds itself facing regulatory hurdles and investor distrust amid volatile capital markets and poor share performance of popular firms.

SPACs are publicly listed companies raised with the intention of merging with a private company, which goes public through the merger and is seen as an alternative to an IPO.

After the deal closes, the combined operating entity will be led by Sami Issa, chief executive of W3BCLOUD, while Joseph Lubin, founder of ConsenSys and co-founder of Ethereum, will remain on the board of directors.

(Reporting by Manya Saini in Bengaluru; Editing by Aditya Soni and Shailesh Kuber) 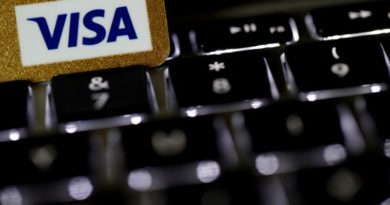