Five members of a Texas family were sentenced to prison time on Wednesday for allegedly breaching the U.S. Capitol on Jan. 6, 2021.

District of Columbia Chief District Judge Beryl Howell on Wednesday sentenced both of the parents to 14 days of intermittent incarceration, to be served in two seven-day periods, 90 days of home confinement, and 60 hours of community service.

Three of their adult children were sentenced to 36 months each of probation and 60 hours of community service, with the oldest child, Kristi, also receiving 90 days of home confinement.

Each family member must also pay $500 restitution. The minor was not charged in the case.

Joshua Munn is physically disabled following an unnamed physical ailment as a child that left him temporarily paralyzed, CNN reports.

Judge Howell during Wednesday’s sentencing said that Thomas Munn “should’ve known better before leading his family into a chaotic situation.”

The Munn family was arrested in July 2021 for allegedly breaching the U.S. Capitol building through a broken window as the joint session of Congress was certifying the 2020 presidential election results.

Their arrest came following an FBI tip from a relative of Kristi Munn’s fiancé, with the agency subsequently launching an investigation into the matter.

‘Trump Is My President’

According to court documents (pdf), the FBI found evidence indicating that the family was “unlawfully inside the U.S. Capitol on January 6, 2021, based on information received from a tipster” and on “open source and government databases.”

“The investigation revealed multiple videos and social media messages indicating that Kristi, Tom, Dawn, Josh, and Kayli Munn are part of a large nuclear family that traveled from Borger, Texas to Washington, D.C., and entered the U.S. Capitol on January 6, 2021,” court documents state.

The court documents also cited social media posts from the family, including one by  Kristi Munn which read: “Washington D.C. here we come… #StopTheSteal #TrumpIsMyPresident.”

The court documents also cite posts from Tom Munn’s Facebook posts on Jan. 6, including one that reads: “Made it back to the hotel about an hour ago … Have lots of pics and video to follow … I need to tell you all that the media is LYING TO YOU … the DC police opened up on a small group climbing the scaffolding, with gas grenades … The only damage to the capital building was several windows and sets of doors. Nothing inside the capital was damaged. … I can tell you, patriots NEVER made it to the chamber. There was no violence in the capital [sic] building, the crowd was NOT out of control…they were ANGRY!!! … They are now calling this and [sic] insurrection…?”

None of the family members committed violent acts, damaged property, or harassed police during their time at the Capitol.

A footnote in the sentencing memoranda also notes that video footage taken from the day of the incident appears to show the family “helped pick up trash while in the Visitor Center area.”

‘Our Election Is Not Secure’

They all pleaded guilty to a misdemeanor charge earlier this year.

Following the sentencing on Wednesday, Dawn Munn apologized for what had taken place on Jan. 6 but said that she had been in Washington, D.C., to find answers regarding the 2020 election.

The mother later added that she would never enter the Capitol building again but explained that she did so on Jan. 6 because she felt she “had a right to ask for an explanation for how our election is secure.”

Meanwhile, Thomas Munn explained that he had never been political before the events of Jan. 6 but that he had been compelled to speak out after watching what was happening on the news regarding the elections, according to CBS.

The five Munn family members are among more than 800 individuals who have been charged by the Justice Department over their alleged participation in the Jan. 6 breach.

The Epoch Times has contacted the Department of Justice for comment.

Vaccinated Californians Prepare to Ditch Their Masks in Most Settings 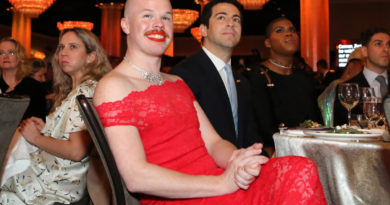 Hillary Clinton Reveals Her Pick for President in 2024