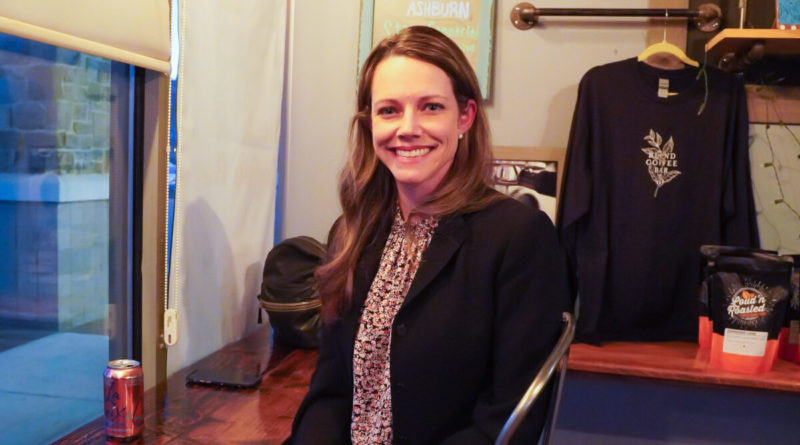 ASHBURN, Va.—At about 5 p.m. on Nov. 14, Tiffany Polifko got a call from a campaign volunteer at the voter registration office where absentee ballots were being counted.

“You won!” she told Polifko. The two screamed for joy.

“I just couldn’t believe it!” said Polifko. The race’s competitiveness had taken her by surprise, even though she had expected it to be a close one. As mailed-in ballots were counted, she mentally prepared herself for a recount. Instead, she won by 100 votes. The next day, she was sworn in at her first-ever school board meeting as a board member.

The special election for the school board seat in the Broad Run district was an unusually fierce three-way race.

The other two candidates were incumbent Andrew Hoyler, who was appointed by the school board after the death of board member Leslee King left the seat vacant, and Nick Gothard, a known Democrat and advocate for LGBT students.

Hoyler’s political affiliation is not publicly known. However, he voted along with the rest of the school board on policies that came under fire from many Loudoun parents.

Told that she could not win the election in the predominantly blue district, Polifko ignored naysayers and won. She hopes her win is a step toward giving parents a stronger voice in the Loudoun County school system, which has been rocked by scandal over the last two years.

Polifko had been warned that the Broad Run school district was a blue district; therefore, as a Republican-endorsed candidate, she was unlikely to win. In addition, unlike the normal four-year term seat, the school board seat she was vying for would be up for the general election again in just a year.

Undeterred, she decided to run and conducted a spirited campaign, knocking on thousands of doors between August and November. On election day, she visited all 13 precincts in the district, greeting voters and introducing herself.

Polifko felt the time was right for her campaign. “There was a desire for change and not to just accept the status quo,” Polifko told The Epoch Times.

Over the last two years, Loudoun County parents have expressed their frustration over the school board’s promotion of a curriculum inspired by Critical Race Theory (CRT)—a quasi-Marxism framework that views America as systematically racist. Loudoun County allowed sexually explicit books in school and classroom libraries. It adopted pro-transgender policies, allowing students to use bathrooms per their preferred pronouns, and supporting student gender transition without parents’ consent.

“I know that it may be an uphill battle, or [I] may lose, or this district historically didn’t vote for people of my party affiliation. Okay, so what? You have to fight back; you’ve got to stand up,” said Polifko.

“I want people to get motivated by this [race] and know that they can do it, too,” she said. “I can’t do this on my own. I can’t fundamentally transform a school system as a school board [member] out of nine. And I know that the cards are stacked against me.”

“But if we can get more voices like that throughout our country on our school boards, that can have a tremendous effect on the direction our schools are going,” she added.

“I’m not a right-wing extremist,” she said, referring to a criticism by mainstream media. “I’m a common-sense professional and a parent who just wants quality education.”

Polifko has over 20 years experience in special education, most recently working with autistic children in the Fauquier County public schools from 2018–2020. She has a master’s degree in special education from the University of Virginia and a bachelor’s in psychology from George Mason University. She currently works as a board-certified behavior analyst at a private company, focusing on children with autism.

She said her priority will be to support Virginia governor Glenn Youngkin’s new transgender student policies. Released in mid-September, the new draft guidelines require student bathroom use to be based on biological sex at birth and prohibit student gender transition without parents’ written consent.

Polifko said another priority for her is learning what teachers need for the school district’s autism programs to succeed. In addition, she will start hosting town hall meetings in January to hear directly from her constituents.

Polifko announced her run for the school board in June 2022. Before becoming a candidate for public office, she was, in her own words, “an accidental activist.”

Her journey to the school board began in March 2021. Until then, she had heard of CRT but had no personal experience with it. That month, her son came home and told her he had been asked to “identify his privilege” as an oppressor in his seventh-grade English class, after the class watched a TED talk entitled “Abolishing Racism From the Inside Out.”

In the video, presenter Martina Chen said, “Everyone, every single one of you, can contribute to the fight against oppression, even you, the oppressor. Together, we can, piece by piece, deconstruct what was once built and make our own ideal reality.”

Chen then encouraged her audience, “So why don’t you start by acknowledging your privilege in order to understand oppression in other people’s lives.”

Alarmed, Polifko did some research and discovered that Loudoun County Public Schools (LCPS) were operating under the umbrella of culturally responsive instruction, a teaching approach sometimes called “the other CRT.”

As a professional educator, she was concerned, “When we bring polarized identity politics into the classroom, that’s propaganda.”

She was also alarmed at the money being spent teaching identity politics, at the expense of core subjects. Polifko questioned whether identity politics was being taught “for the benefit of the people making money off that ideology.”

In September 2020, LCPS spent $422,500 since 2018 on diversity training inspired by CRT, according to documents obtained by The Washington Free Beacon. Between 2021 and 2022, Polifko saw her son’s English scores in Virginia’s statewide standard tests drop. “Part of me has to believe that it’s because he’s not getting enough time, enough instruction, with classic grammar and classic novels.”

Polifko was concerned that, through the culturally responsive curriculum, school systems across the country, not just in Loudoun County, were adopting “a mentality that focuses on victimization, envy, and oppression, oppressor versus oppressed.”

In May 2021, she began speaking at school board meetings and voicing concerns over CRT as the vice president of education and outreach of Parents Against Critical Theory (PACT), a Loudoun County parental rights group. She subsequently left PACT to focus on her school board campaign.

Then, during its July 2021 representative assembly, the National Education Association, America’s most prominent teachers’ union, adopted a measure (later deleted from its website) to dedicate a “team of staffers” to assist union members who “want to learn more and fight back against anti-CRT rhetoric,” and provide a study that critiques “power and oppression” in American society, including “white supremacy,” “cisheteropatriarchy,” and capitalism.

“There’s a chain of command that’s allowing this [CRT] to come into our schools,” she said. It would be essential for school board members to thoroughly vet school curriculums through critical examination and questioning, she noted.

A Tumultuous Time for LCPS

Polifko joined the Loudoun County School Board at a tumultuous time. Within a month of the election, on Dec. 5, Virginia Attorney General Jason Miyares released a grand jury investigation report about LCPS’s handling of sexual assaults. The investigation had been authorized by governor Glenn Youngkin’s executive order (pdf).

The next day, the school board fired superintendent Scott Ziegler. On Dec. 12, the special grand jury indicted Ziegler on three counts, including publication of a “false and untrue statement.”  The grand jury also indicted the LCPS division spokesperson Wayde Byard on a count of felony perjury.

On Dec. 8, the school board convened an emergency meeting to vote on appointing LCPS chief of staff Daniel Smith as the interim superintendent.

Polifko was the only board member who objected to Smith’s appointment, citing a “lack of trust” on the part of the community. She expressed concern that the interim superintendent would need to hold school district staff accountable for the mishandling of the sexual assault cases. Although Smith was hired after the two sexual assaults occurred in May and October 2021, he would be managing staff who were district employees at the time of the assaults.

“I will continue to voice my beliefs and vote on my beliefs. And I will represent the people that voted for me,” said Polifko.

“I may or may not be successful in passing policies or adjusting certain policies, because I am only one of nine [school board members],” she added. “But what I can do is to be a trailblazer, a new voice on the school board, for people who may feel motivated to do the same thing that I’m doing.”

To Polifko, holding to her values is key, regardless of whether her vote wins. After winning the hard fought race, she said in a written statement, “I unapologetically stand for parental rights and curriculum free of identity politics. Children are the most important stakeholders in our school system, and they will be my primary focus.”

Terri Wu is a Washington-based freelance reporter for The Epoch Times covering education and China-related issues. Send tips to terri.wu@epochtimes.com. 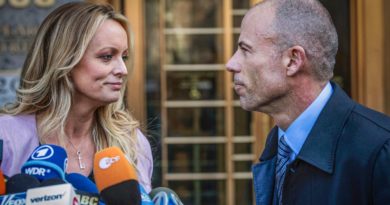