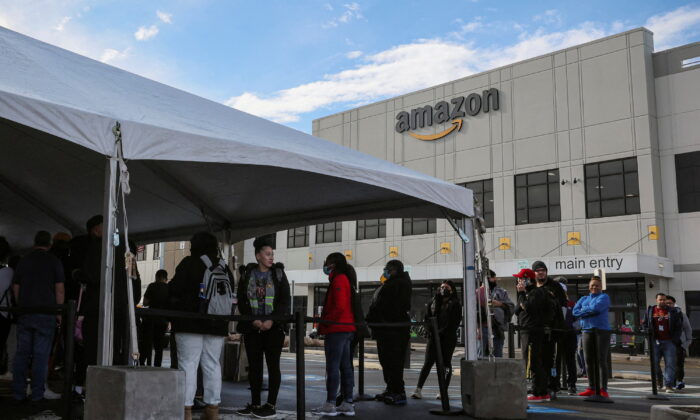 Workers stand in line to cast ballots for a union election at Amazon’s JFK8 distribution center, in the Staten Island borough of New York, on March 25, 2022. (Brendan McDermid/Reuters)

The union that Amazon.com Inc. workers recently voted to represent them has demanded the company start bargaining in early May and cease any changes to employment terms at their warehouse in the interim, according to a letter the group issued Saturday on Twitter.

On Friday, after some 55 percent of workers voted to make their warehouse in Staten Island, New York Amazon’s first unionized worksite in the United States, the company said it may file objections before the election result is certified.