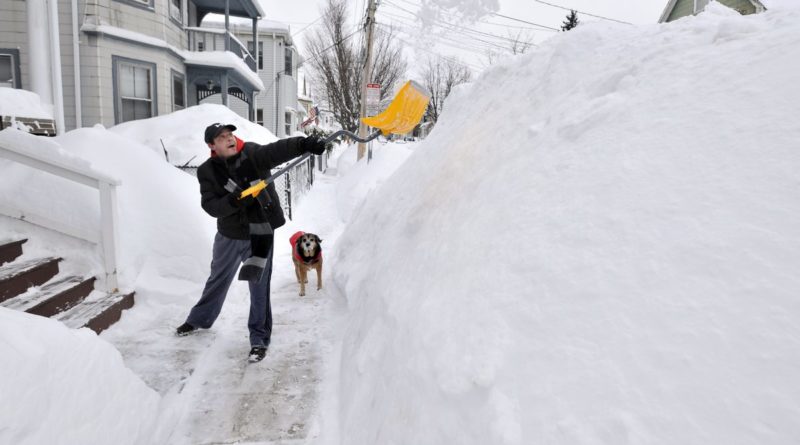 
As the snow flies and temperatures plummet, regulatory agencies and analysts alike warn that residents in multiple states are at an elevated risk of dangerous winter blackouts.

Areas like Texas, the Great Lakes region, New England, and North Carolina, are in the highest risk category, according to a report from the North American Electric Reliability Council (NERC).

In the same analysis, the agency concluded that a “large portion” of the U.S. power grid is at risk of insufficient electricity supplies during peak winter conditions.

Conservative estimates this year put the cost of critical power grid and infrastructure upgrades at $4 trillion with the use of supplemental nuclear power. Without nuclear energy, the price tag bumps up another $500 million dollars.

The administration of President Joe Biden approved a $13 billion stopgap measure to “modernize and expand” the power grid on Nov. 18. However, members of the energy community say it will take months or years for U.S. residents to see the difference.

“There is a significant gap to upgrade aging grid infrastructure to meet net zero mandates and maintain reliability, and we are running out of time,” analyst Kim Getgen told The Epoch Times.

Getgen is the CEO and founder of Innovation Force, which tackles complex issues like America’s energy crisis. She says Biden’s infrastructure investment is a good start, but it’s exactly that, just a start.

She added that the American Society of Civil Engineers’ 2021 Infrastructure Report Card gave the U.S. power grid a C- grade.

Getgen maintains a greater level of investment is needed, saying, “we can’t maintain the millions of miles of distribution and transmission lines that deliver the power, and we can’t harness the potential of renewable clean power.”

And though upgrades are crucial, some energy specialists say the U.S. electrical grid won’t become efficient overnight. Or even by next winter.

“It’s important to remember that something as complex as the electricity grid takes time to change,” director of energy studies at the University of Florida, Ted Kury, told The Epoch Times.

Working in the university’s Public Utility Research Center, Kury says the regulatory process for new utility projects moves slowly, no matter how much money is thrown at it.

“It’s a process with numerous safeguards, but that also means it takes more time. It’s reasonable to think that we’ll start seeing impacts in the next few years,” he explained.

“Given the politics involved in any legislation, it’ll take some time before any of these funds trickle down to the states that need the funds,” Hendrick told The Epoch Times.

During a press statement, the director of reliability assessment for NERC, John Moura, explained there are “more areas at risk” of blackouts this winter amid power generation and fuel supply challenges.

The U.S. Secretary of Energy, Jennifer Granholm, also noted in a November brief that 70 percent of the nation’s power grid is more than 25 years old.

Not only are millions of Americans facing a greater risk of losing power this winter, they’ll also be paying higher energy bills.

Homes that run on natural gas can expect to pay 28 percent more. For those using heating oil, a 27 percent price spike is expected, and a 10 percent increase is likely for households that rely on electricity alone for heat.

This is due to a combination of higher market prices and demand, according to an Energy Information Administration analysis.

And with the continued push toward Biden’s net zero energy goals, an additional 11,778 megawatts of coal generation was retired in 2022. Meanwhile, the demand burden has shifted heavily onto natural gas, which is already suffering supply issues.

“This problem will be difficult to address in the short term … keep in mind gas storage is currently 89 BCF below last year’s level and 86 BCF below the
five-year average,” Hendrick said.

He added that low levels of natural gas storage and a lack of transportation infrastructure in the northeastern United States would likely create “volatile scenarios” with just 10 to 12 days of colder than normal weather.

And then there’s the coal conundrum. With fewer generating facilities and sporadic supply chain disruptions in 2022, NERC asserts that coal has “limited stocks and resupply uncertainty” this winter.

Kury says 2021 saw a spike in coal consumption for electrical power. This year has seen an overall decrease in demand, but it doesn’t shore up with diminished reserves.

“When you also consider that coal is delivered by rail, and rail transportation has been impacted by labor disputes, it reinforces the need to get more fuel to power plants.”

WHO Is Working on a ‘Digital Wallet’ to Store Vaccination Certification: Official