A federal judge in West Texas ruled Monday that it was unconstitutional—in absence of a historical precedent—to ban those under felony indictments from buying guns.

U.S. District Judge David Counts, appointed by former President Donald Trump, dismissed a federal indictment against Jose Gomez Quiroz, who was restricted from purchasing a firearm. The case arose from Quiroz’s purchase of a .22-caliber semiautomatic handgun when he was under a state burglary indictment. Quiroz allegedly lied about being under a federal indictment when he bought the gun.

After the seven-day waiting period was over, he received the gun. But a few days later, the federal system indicated that the purchase was illegal, and Quiroz was later convicted or purchasing a firearm while under a felony indictment. He appealed the conviction, and Counts ruled in his favor.

In his opinion, the judge acknowledged the “real-world consequences” of the case and valid “public policy and safety concerns,” but said that a precedent had been set by a U.S. Supreme Court ruling in June.

Counts said that the landmark ruling invalidated the federal law that prevents people charged with a felony from buying guns.

“Although not exhaustive, the Court’s historical survey finds little evidence that … (the federal ban)—which prohibits those under felony indictment from obtaining a firearm—aligns with this Nation’s historical tradition,” he said in the 25-page opinion filed in Pecos, Texas.

In June, the conservative-majority U.S. Supreme Court struck down New York’s concealed carry gun permitting system on constitutional grounds in a 6–3 decision in the case of New York State Rifle & Pistol Association Inc. v. Bruen. The court ruled that Americans have a constitutional right to carry firearms in public for self-defense.

“Only if a firearm regulation is consistent with this Nation’s historical tradition may a court conclude that the individual’s conduct falls outside the Second Amendment’s ‘unqualified command,’” wrote Justice Clarence Thomas in the majority opinion.

In Texas, prosecutors wrote that “the Second Amendment has always allowed laws restricting the gun rights of groups viewed by legislatures as posing a public-safety risk, including those accused but not convicted of wrongdoing,” The Texas Tribune reported.

But Counts said that he found no historical context for prohibiting gun purchases for those charged but not convicted of felony crimes.

Counts also said that it was unknown “whether a statute preventing a person under indictment from receiving a firearm aligns with this Nation’s historical tradition of firearm regulation,” adding that “​​this Court does not know the answers; it must only try to faithfully follow Bruen’s framework.” 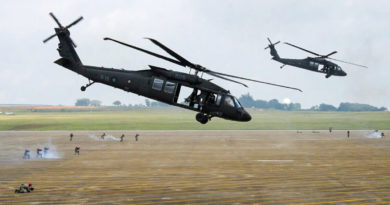 Nevada Man Charged in 1982 Killing of Child in California