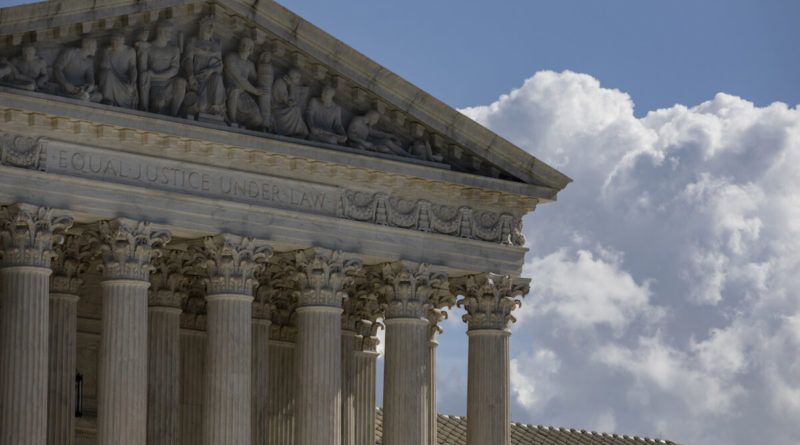 
The Supreme Court decided Dec. 13 to hear the case of an Alabama man whose trade secrets theft conviction in Florida for stealing proprietary fishing information from a Florida-based website was vacated because his trial took place in the wrong state.

Having the conviction vacated was not enough for software engineer Timothy S. Smith of Mobile, Alabama, because he doesn’t consider himself guilty of a crime. Whatever Smith did, it wasn’t done in Florida, where he was convicted. Smith wanted to be acquitted, that is, legally declared not guilty, but vacating doesn’t go far enough as it only erases the conviction from court records.

The Supreme Court may use this case as a vehicle to lay down clear jurisdictional rules regarding cyber-crimes.

For centuries the law has mandated that criminal defendants must be tried where the crimes were committed. And nowadays when crimes take place over the internet, as allegedly happened here, the legal rules determining where the crime took place are often unclear.

Smith, who claims he fishes more than 1,000 hours a year, allegedly hacked his way into Florida-based StrikeLines, a website that sells location information about artificial fishing reefs to subscribers. He allegedly obtained data from the website and on social media offered the coordinates to others. He was charged with extortion in Florida after allegedly telling the website management he would take down his posts if the company were to provide coordinates for deep-water grouper fishing.

A federal jury in Florida convicted Smith of theft of trade secrets and transmitting a threat through interstate commerce with intent to extort a thing of value. The federal district judge sentenced him to concurrent 18-month prison terms on each count plus one year of supervised release. The district court denied a subsequent venue motion by Smith, reasoning that the venue was proper regarding the trade secret theft conviction. The venue should be “in the place where the owner of the trade secret is located and feels the loss of its trade secret” because “the essential conduct of theft or misappropriation is necessarily defined in terms of its effects, i.e., the owner’s loss of the trade secret,” the court stated.

The U.S. Court of Appeals for the 11th Circuit vacated the trade secrets theft conviction on venue grounds, but affirmed the extortion conviction, and remanded the case for sentencing.

Smith filed a petition (pdf) with the Supreme Court on June 16 to challenge the circuit court ruling. The choice of where to try a defendant for a crime should not be taken lightly, and selecting the wrong venue can be a constitutional violation, he argued.

“Criminal defendants have a right to be tried in a proper venue,” and this right is mentioned twice in the Constitution, according to the petition.

But the courts of appeals are “intractably divided over the appropriate remedy when a criminal defendant has been wrongly tried in an improper venue.” In this case, the 11th Circuit erred and in the process eroded “venue protections that are deeply rooted in this Nation’s history,” leaving “the venue right dependent on the happenstance of where a defendant is tried.”

The Supreme Court “has spoken to the procedural contours of the venue right only once,” finding in United States v. Jackalow (1861) “that venue must be presented to and decided by the jury.” This “single pronouncement, a century and a half ago, has proven woefully insufficient to guide the lower courts in implementing the Constitution’s venue right—resulting in a sharp disagreement as to the appropriate remedy for a violation of that right,” the petition states.

While the 5th and 8th Circuits require an acquittal when the government fails to meet its burden of establishing venue, the 6th, 9th, 10th, and 11th Circuits “hold that a defendant can be re-tried for the same offense in other venues—indeed, that they can be serially re-tried in as many venues as the government wishes.”

The Biden administration took the position that there is no circuit split and that the precedents from the 5th and 8th Circuits that Smith says support his position do not actually require acquittal for cases tried in the wrong venue.

Review is unwarranted because the case is still pending before the lower courts and because Smith “affirmatively disclaimed on appeal the position that he asserts in this Court,” she stated in the government’s brief.

Civil rights groups filed a friend-of-the-court brief (pdf) urging the Supreme Court to take up the case, which they said involves “a highly significant question about the scope of the right to proper venue.”

“The constitutional right to be tried in the district where the crime took place has a rich historical basis dating back to the Magna Carta,” stated the brief filed by the Rutherford Institute, Cato Institute, and the National Association for Public Defense.

“This right both ensures that the jury renders a judgment that is representative of the local community where the crime allegedly occurred, and it also serves as a check on abuses of government power,” the brief stated.

The Epoch Times reached out to Smith’s attorney, Samir Ibrahim Deger-Sen of Latham and Watkins LLP, and the U.S. Department of Justice for comment.