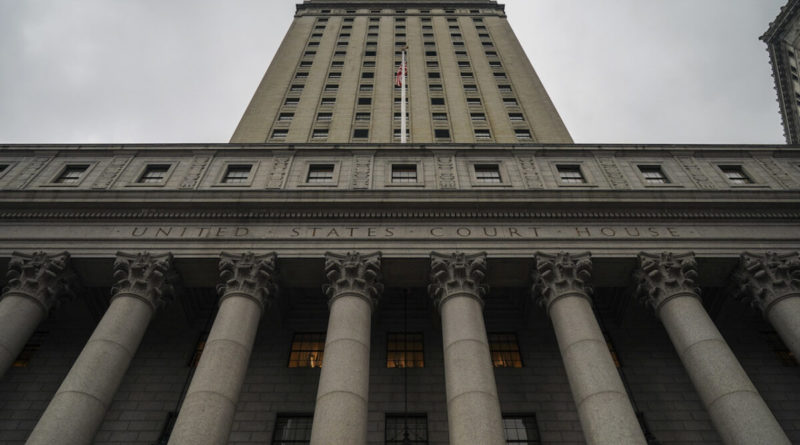 A three-judge panel of the U.S. Court of Appeals for the 2nd Circuit in New York upheld a lower court’s decision to reject a lawsuit filed on behalf of four female athletes. The athletes argued they were unfairly deprived of honors and opportunities to compete at higher levels statewide because of a policy that allowed males who identify as female to compete against girls.

Judges Denny Chin, Beth Robinson, and Susan Carney ruled the four female athletes lacked standing to sue partly because their claims that they were deprived of wins, state titles, and athletic scholarship opportunities were speculative.

“All four Plaintiffs regularly competed at state track championships as high school athletes, where Plaintiffs had the opportunity to compete for state titles in different events,” the ruling stated (pdf).

“Plaintiffs simply have not been deprived of a ‘chance to be champions,’” the judges added.

“The 2nd Circuit got it wrong, and we’re evaluating all legal options, including appeal. Our clients—like all female athletes—deserve access to fair competition,” said ADF Senior Counsel Christiana Kiefer in a statement.

She added: “Every woman deserves the respect and dignity that comes with having an equal opportunity to excel and win in athletics, and ADF remains committed to protecting the future of women’s sports.”

In the three years after 2017, Miller and Yearwood broke 17 girls’ track meet records, which ADF argued deprived females of over 85 opportunities to compete at the next level.

If it weren’t for the Connecticut Interscholastic Athletic Council (CIAC) policy, Mitchell would be the record holder of four additional state champion titles, the lawsuit alleged.

Additionally, the other plaintiffs argue they would have placed higher in their meets.

Their complaint alleged that if not for the CIAC policy, Nicoletti would have placed seventh in the 2019 Class S State Championship Women’s Outdoor 100-meter preliminary race, and advanced to the 100-meter final.

Soule would have placed sixth in the 2019 State Open Championship Women’s Indoor 55-meter preliminary race, and advanced to the 55-meter final, according to the plaintiffs.

Their claims were dismissed by the lower court partly on the grounds that it became moot once the transgender students graduated in June 2020 and because they lacked standing to seek an injunction to change past athletic records because their “theory of redressability was too speculative.”

The appeals court upheld this ruling.

The 2013 CIAC policy allows transgender students to compete in high school competitions designated for the gender they identify with.

CIAC argued in court that its policy was in compliance with state law requiring all high school students to be treated according to their gender identity. The council also claimed that the policy conforms with Title IX, the federal legislation that provides equal educational opportunities for girls.

The protection extended to transgender students once the definition of “sex” was expanded under the Biden administration to include the fuzzier political concept of gender identity.

‘Our Curriculum Is Deeply Using CRT’