An appeals court ruled on Thursday that a Texas abortion ban will remain in effect as legal challenges against it play out.

The Texas Heartbeat Act, also known as Senate Bill 8, was signed into law by Republican Gov. Greg Abbott in May. It bans abortions after a heartbeat is detected, which is usually around six weeks, unless a medical emergency exists.

The Justice Department had challenged Texas’s abortion ban in federal court on Sept. 9, about a week after the law went into effect, seeking a temporary injunction against the law. On Oct. 6, U.S. District Judge Robert Pitman, an Obama appointee, granted the Biden administration’s petition. Texas immediately appealed the ruling to the U.S. Court of Appeals for the 5th Circuit.

The 5th Circuit put a temporary administrative hold on Pitman’s ruling on Oct. 8. Its latest ruling on Thursday means that the Texas Heartbeat Act remains in effect while litigation proceeds.

The Justice Department is expected to appeal the 5th Circuit’s decision in the Supreme Court.

Texas Attorney General Ken Paxton earlier on Thursday urged (pdf) the three-panel appellate court to let the Texas Heartbeat Act remain in effect. On Twitter after the ruling, he praised the decision.

“We are excited to continue saving hundreds of lives through the Texas Heartbeat Act,” the group’s director of media and communication Kimberlyn Schwartz said in a statement.

“However, the battle is not finished,” she added. “We expect the Biden administration to appeal to the Supreme Court of the U.S., and we are confident Texas will ultimately defeat these attacks on our life-saving efforts.”

The Texas state government is not able to enforce The Texas Heartbeat Act. Instead, the legislation provides for private citizens—except for the individual who impregnated the woman through rape or incest—to file lawsuits against abortion providers.

If successful, private citizens are entitled to collect at least $10,000 in damages for each abortion. The law also provides for retroactive lawsuits if the law is set aside by one court, but later restored by another.

Prior to Pitman’s injunction, both the Supreme Court and the 5th Circuit Appeals Court declined to stop the law in September.

Mimi Nguyen Ly is a reporter based in Australia. She covers world news with a focus on U.S. news. She holds a Bachelor’s degree in optometry and vision science from the University of New South Wales. Contact her at mimi.nl@epochtimes.com. 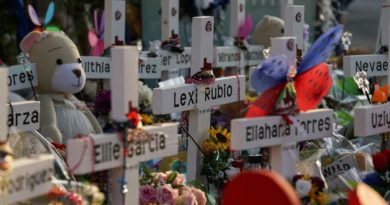