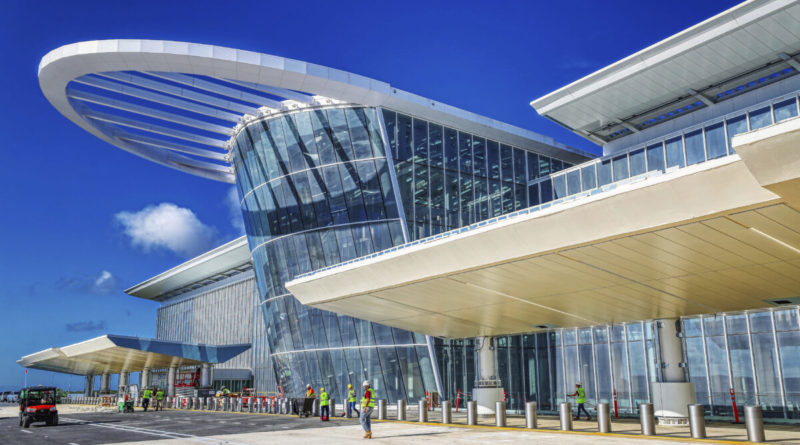 
ORLANDO, Fla.—Airplanes flying into Orlando International Airport on Monday were encouraged to top off at airports they were coming from after recent bad weather prevented the delivery of reserve jet fuel, prompting fears that visitors could face delays.

Airport spokesperson Carolyn Fennell said there have not been any major interruptions and that reserve fuel was being trucked in to Orlando International Airport, the nation’s seventh-busiest airport.

“Today is expected to be a busy day,” Fennell said Monday. “With the fuel moving in, it will be certified and then we will be able to go back to our normal way of fueling. “

That could come sometime early this week, she said.

Storms along the Gulf Coast had prevented the reserve fuel delivery over the weekend. The inclement weather has since lifted, allowing the ships to depart, airport officials said in a tweet.

“If flight disruptions occur, airline contingency plans are currently in place,” the airport officials said on Sunday. “Thank you for your patience.”

Airport officials on Monday emphasized that the delay only involved reserves and that the airport wasn’t out of fuel. The airport has more than 1,000 takeoffs and landings on any given day.

“Due to this volume, the amount of jet fuel needed daily … is greater than most airports require,” airport officials said in an emailed statement. “Both the delay in fuel for reserves and the volume of flights have impacted the reserve supply.”

Southwest Airlines, which has the largest market share at the airport, said in a statement that the impact has been “minimal.”

Delta Air Lines said in a statement that it wasn’t expecting any operational impact from the delay in fuel delivery, but it was allowing passengers who had flights through Orlando International Airport on Monday and Tuesday to move back their travel, as long as the rebooked flights were no later than Friday.

With 40.3 million passengers last year, Orlando International Airport was the busiest airport in Florida and the seventh-busiest in the United States. In 2019, before the coronavirus pandemic, the airport had 50.6 million passengers. The Christmas holiday season is one of the busiest times of the year for central Florida’s theme parks, and the airport had its fifth busiest day ever on Saturday, Fennell said.