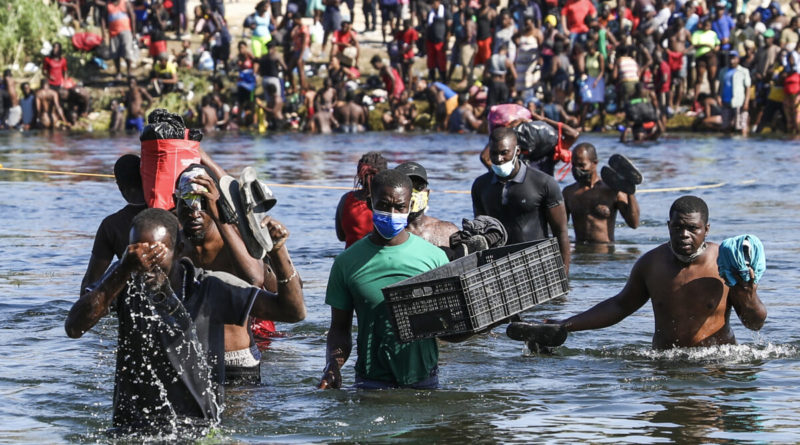 
The Biden administration on Monday announced extended immigration protections for Haitians in the United States, including deferred deportation and the ability to work in the country for an extra 18 months.

In a statement, Secretary of Homeland Security Alejandro Mayorkas said the administration will extend and redesignate the Temporary Protected Status (TPS) to Haitian nationals residing in the United States as of Nov. 6, 2022, after it expires on Feb. 4.

The extension will be granted for 18 months for Haitians that meet all eligibility requirements until Aug. 3, 2024, owing to “extraordinary and temporary conditions in Haiti.”

The decision means that Haitians in the United States who already had TPS protections will now be able to live and work in the country for an extended period through Aug. 3, 2024. It also opens up eligibility for those who entered the country too late to apply. TPS does not provide those eligible with a path to permanent residency.

TPS was established by Congress in 1990 and provides temporary protections for immigrants from certain designated countries if it is deemed unsafe for them to return to their home countries owing to a variety of reasons, such as natural disasters, armed conflict, or other humanitarian crises.

Another 110,000 more recent arrivals would also be covered by the new extension, Reuters reported.

Previously, only Haitians who had arrived in the United States before July 29, 2021 were eligible for TPS after the Biden administration redesignated Haiti for the protections.

Former President Donald Trump has sought to end TPS for hundreds of thousands of illegal immigrants in an effort to tackle the worsening border crisis but ultimately his attempts were inundated with legal challenges.

Under Biden, the United States has extended TPS for hundreds of thousands of people from Ukraine, Haiti, El Salvador, Nicaragua, Sudan, Honduras, and Nepal.

According to the Cato Institute, a Washington, D.C.-based libertarian think tank, nearly 1 million people—approximately 986,881—are eligible for TPS under the Biden administration; that figure is more than double the eligibility under Trump.

Mayorkas noted on Monday that Haitian nationals who entered the United States after Nov. 6 will not be eligible for TPS and could be removed from the country if they are found to be living there illegally.

The number of U.S. Coast Guard encounters with Haitians attempting to cross into the country by boat have already risen more than 400 percent since last year, according to The New York Times.

Meanwhile, officials in the Biden administration are reportedly calling on U.S. allies to deploy troops to Haiti to prevent a potentially massive migration event.

The Biden administration noted on Monday that the decision to extend the TPS was made after “consultation with interagency partners and careful consideration of the extraordinary and temporary conditions in Haiti,” which it said included a “prolonged political crisis; grave insecurity and gang crime that worsened a dire economic situation; a lack of access to food, water, fuel, and health care during a resurgence of cholera; and the recent catastrophic earthquakes.”