Biden is expected to arrive at Los Angeles International Airport on Wednesday afternoon from Colorado to begin his roughly two-day Southland visit. According to the White House, the president will make an appearance Oct. 13 to discuss “historic investments in our nation’s infrastructure.”

He will also will attend the DCCC fundraiser later Thursday, then travel to Orange County on Friday to discuss “lowering costs for American families,” according to the White House.

The president will leave the area Friday, bound for Portland, Oregon.

According to Deadline, the Thursday fundraiser will be held in Brentwood and will feature an appearance by House Speaker Nancy Pelosi. It was unclear who is hosting the event.

Deadline reported that tickets for the event start at $5,000 per person, ranging up to $50,000 for a couple to be labeled as “hosts,” which also includes a photo opportunity and attendance at the reception.

Biden was last in Los Angeles in June, serving as a host of the Summit of the Americas. He also spoke at two Democratic National Committee fundraisers during that visit.

“President Biden visiting California means he knows what Republicans have known for months: Democrats are in trouble,” said Hallie Balch, spokesperson for the Republican National Committee.

“From sky-high gas prices to rising crime, California Democrats have hitched their wagons to the wrong agenda. Californians are tired of the Biden agenda and the many consequences it has brought to the Golden State,” she said. 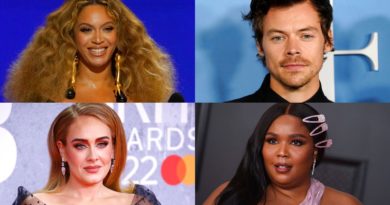