President Joe Biden is set to meet with Federal Reserve Chairman Jerome Powell as American households grapple with the effects of high inflation.

The meeting, which will take place on May 31, comes weeks after Powell’s second term as Fed Chair was confirmed by the Senate. Biden will congratulate Powell on the Senate confirmation during the meeting.

The duo will discuss the state of the U.S. and global economies, as well as the president’s “top economic priority” of inflation, a White House official said.

April annual inflation came in at 8.3 percent according to the Bureau of Labor Statistics, remaining close to the 40-year high of 8.5 percent in March. Food prices were up by 9.4 percent, energy costs by 30.3 percent, shelter costs by 5.1 percent, and new vehicles by 13.2 percent.

Despite wages rising by 5.5 percent in April, real wages registered a 2.8 percent decline after taking into account April inflation numbers.

In a Wall Street Journal op-ed published on May 30, Biden backed the Federal Reserve as the organization best suited to deal with inflation.

The Fed had raised interest rates by 50 basis points in May and indicated that more such rate hikes might be incoming in future meetings as long as inflation remains elevated.

“The Federal Reserve has a primary responsibility to control inflation. My predecessor demeaned the Fed, and past presidents have sought to influence its decisions inappropriately during periods of elevated inflation. I won’t do this. I have appointed highly qualified people from both parties to lead that institution. I agree with their assessment that fighting inflation is our top economic challenge right now,” Biden wrote.

The president went on to blame the high gas prices at the pump in “large part” on Russian oil, gas, and refining capacity being offline.

In an interview with NTD, Rep. Bill Johnson (R-Ohio) blamed the Biden administration for the current inflation situation.

The first reason for inflation is the high gas prices, which Johnson claims is mostly due to Washington’s policies that have eroded the energy independence of America, pushing the country to depend on other nations such as Iran, Venezuela, and Russia, Johnson said. Biden needs to “reverse course” on energy policies to resolve the inflation issue, he added.

The second reason is “the massive amounts of money that the Biden administration has spent, put into the system. Anytime there is this much cash, this many dollars floating around in our economy, it devalues the dollar,” the Republican explained.

“Things that you pay $1 for today, you’re going to pay $2 and $3 for tomorrow, because there’s simply so much cash in the system,” Johnson said. “We can’t continue that kind of reckless spending.”

Kenosha Living in Fear Ahead of Sunday Protests of Jury Acquittal 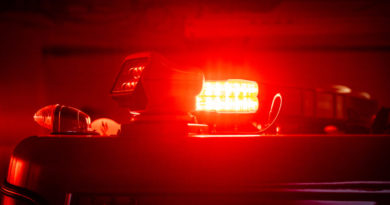