Sens. Richard Blumenthal (D-Conn.) and Lindsey Graham (R-S.C.) on Tuesday reintroduced a bill that would strip online platforms of their legal protections under federal law if they host child sexual abuse content.

The bill, called the Eliminating Abusive and Rampant Neglect of Interactive Technologies, or “EARN IT” Act, would overhaul the 1996 Communications Decency Act, which granted online platforms protection from liability for user-created content on their websites.

The 1996 bill was one of the first laws passed in the United States to address how the federal government would address the burgeoning Internet and its platforms.

In section 230, the bill laid out broad protections for online platforms, declaring that, “No provider or user of an interactive computer service shall be treated as the publisher or speaker of any information provided by another information content provider.” The following provision, known as the “Good Samaritan” clause, protects platforms from any tort liability if they do not act as content creators on the service.

Section 230 protections have become controversial in recent years, particularly among conservatives who have disproportionately been banned, “shadow banned,” and otherwise stifled on major social media platforms in contrast to liberals on the same platforms.

The EARN IT Act would limit the liability protections for online platforms in cases alleging violations of child sexual exploitation laws.

To fight such sexual abuse content, the legislation would establish a new National Commission on Online Child Sexual Exploitation Prevention, which would be directed “to develop best practices for interactive online services providers (e.g., Facebook and Twitter) to prevent the online sexual exploitation of children.”

The same bill was also introduced by Graham with Blumenthal’s support during the 116th Congress.

“We have been planning for a long time [to reintroduce it],” Blumenthal said in a statement to The Hill. “We now have an overwhelming number of co-sponsors.”

Blumenthal speculated that the EARN IT Act could head to the Senate Judiciary Committee for markup as early as Thursday.

The legislation has faced backlash from Net Choice, a group whose stated goal is to “[make] the Internet safe for free enterprise and free expression.” Net Choice advocates for laissez-faire principles toward the Internet, which it says has flourished under a “light-touch regulation.”

“We’re seeing a renewed effort to push the EARN IT Act without addressing the bill’s central problems. The EARN IT Act continues to threaten encryption and privacy features and would make the internet less safe for us all, including our kids,” said Carl Szabo, vice president and general counsel at NetChoice.

“The bill risks digital privacy for Americans and their kids.”

Net Choice has argued that the bill would actually make it easier for those posting child pornographic material to get out of convictions in court.

According to the group, the bill’s requirement that online platforms turn over relevant materials, rather than allowing the platforms to do so voluntarily, could create concerns under the Fourth Amendment that could cause evidence or even a conviction to be thrown out.

In a statement to the Epoch Times, Graham’s office refuted the claim.

“The Fourth Amendment argument against EARN IT is old and has been completely debunked. It was one of the main, inaccurate arguments opponent groups made about the original version of the bill,” said Kevin Bishop, a spokesman for Sen. Graham.

Proponents of the bill have pointed to previous litigation on related issues.

Sen. Graham’s office also said that while the bill is an important first step to reforming section 230, more work needs to be done to address concerns of unfair censorship.

“EARN IT is a step in the right direction. Given that Senator Graham also has a bill that sunsets section 230 liability protections, he does not think EARN IT is an end point.”

Joseph Lord is a Congressional reporter for The Epoch Times who focuses on the Democrats. He got his Bachelor of Arts in Philosophy from Clemson University and was a scholar in the Lyceum Program. 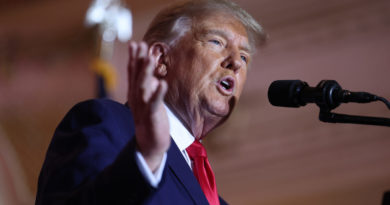