LOS ANGELES—A 9-year-old boy and 25-year-old woman are hospitalized in critical condition Nov. 16 after being stabbed at a Target store in downtown Los Angeles.

Los Angeles Police Department (LAPD) officers arrived at the store at the FIGat7th shopping center shortly after 6:20 p.m. Tuesday to find two stabbing victims and a third victim who was trampled by shoppers running out of the store, Police Department Chief Michel Moore said at a news conference.

The woman was stabbed in the chest and the boy sustained a deep laceration in the shoulder, police said. The boy’s mother was in the store but was not with him at the time of the stabbing.

Moore said the suspect “told the young boy that he was going to stab him and kill him. He repeated that more than once.”

Moore said the boy tried to get away from the suspect before he was attacked.

“Without any further provocation [he] suddenly attacked and stabbed this young child in the back,” Moore said.

The suspect then continued along a store aisle when he encountered and attacked the woman.

Both victims underwent surgery for their injuries.

Moore said good Samaritans intervened in both cases, pulling the victims to safety.

The suspect in the stabbings, a 40-year-old homeless man, earlier entered the store, grabbed what Moore described as a 9- to 10-inch “butcher-type knife” off a shelf, and began stabbing the victims. He then moved toward the front of the store where he was confronted by an armed security guard employed by Target.

“Earlier accounts have the security guard attempting to de-escalate the situation” with his baton, Moore said, but the suspect continued to advance on the security officer with the knife.

The security guard shot the suspect, hitting him at least once in the abdomen, Moore said. He was taken to a hospital where he was pronounced dead, LAPD Officer Luis Garcia told City News Service.

Moore said the attack was unprovoked and officers are trying to determine a motive for the stabbings.

“This is by no means a frequent occurrence here,” Moore said at a news conference. 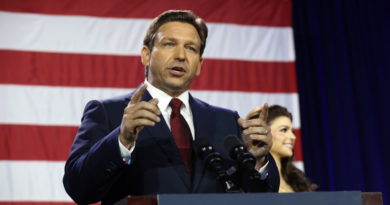 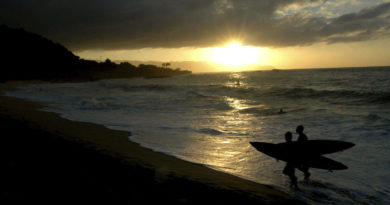