The Labor Department released the latest unemployment data Friday. The Biden administration praised the low unemployment rate and job growth as a sign that the economy is doing well, but is there more to the picture?

Tensions escalate after a Russian warship sinks. U.S. officials say the Russian-Ukraine war could last through the end of this year.

CIA director William Burns said that China is Russia’s silent partner in its aggression against Ukraine. The communist regime is also the biggest challenge the CIA has ever faced.

In recent days, America’s reliance on adversaries for oil and gas has come to the forefront, but are critical rare earth minerals crucial to our way of life also under siege by Americas’ adversaries?

Twitter is trying to block Elon Musk’s takeover, while former President Donald Trump says he is unlikely to tweet again even if Musk buys the platform.

What is the so-called poison pill that the Twitter board may use to block Elon Musk from buying the company, and have they taken action yet?

The Republican National Committee votes to leave the Commission on Presidential Debates, saying that the commission is partisan and biased.

Steve Lance is the host of Capitol Report, a political news show based in Washington aimed at providing a direct channel to the voices and people who shape policy in America. Capitol Report features all of the political news of the day with expert interviews and analysis.

Biden Admits Concerns About His Age Are ‘Totally Legitimate’ 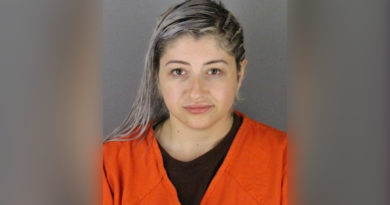