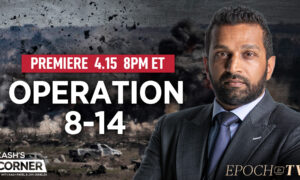 In this episode, Kash and Jan discuss the recent conviction of ISIS member El Shafee Elsheikh for his involvement in the hostage-taking and killings of four American citizens: aid workers Peter Kassig and Kayla Mueller and journalists James Foley and Steven Sotloff.

As senior director of counterterrorism at the National Security Council, Kash played a key role in efforts to extradite El Shafee Elsheikh and fellow ISIS member Alexanda Kotey to the United States. Along the way, Kash developed a close relationship with the families of the victims, some of whom he met with again recently.

“It’s always tough. It’s always emotional because you have to remember, they’re here to watch the trial of one of the individuals who beheaded, tortured, abducted, and raped their children,” Kash says.

In this episode, Kash offers background on how these extraditions and trials work, pays tribute to the families, and shares what it was like behind the scenes of the raid that led to ISIS leader al-Baghdadi’s death.