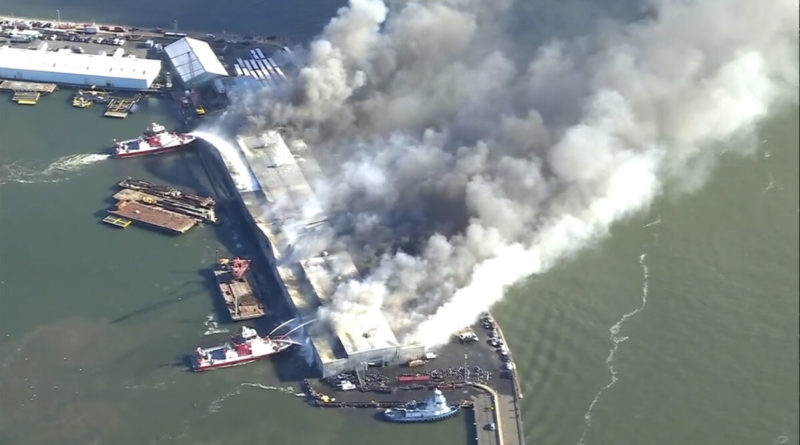 The fire at the Erie Basin Auto Pound, a low warehouse situated atop a long, curving breakwater on the Brooklyn waterfront, broke out at around 10:30 a.m. on Tuesday, FDNY Chief of Department John Hodgens said.

The volume of fire quickly overwhelmed firefighters who had gone inside to battle the blaze and then had to retreat and fight it from the outside, Hudgens said. The effort included drones as well as boats spraying water into the warehouse from the harbor, he said.

Police chief of department Jeffrey Maddrey, who joined Hudgens at a briefing at the fire scene Tuesday, said the facility is used to store DNA evidence from crime scenes as well as e-bikes, motorbikes and cars. “It’s mainly evidence but we store other things there as well,” he said.

“The evidence goes back a long time, 20–30 years. Some of the evidence was also from [Hurricane] Sandy,” Maddrey added.

Maddrey said that once the fire is under control, police property specialists will go inside and see what has been destroyed and what can be salvaged. “We don’t know the severity of the damage inside,” he said.

The fire, which sent a plume of smoke that could be seen for miles, might take days to bring under control, Hodgens said.

The police have sometimes used the warehouse for public events in which they have crushed illegal motorcycles, scooters and ATVs seized from people operating them illegally. 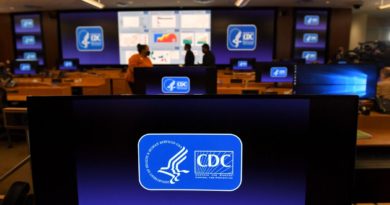 CDC Officials Who Spread Misinformation Apologized to Source of False Data but Not to Public: Emails