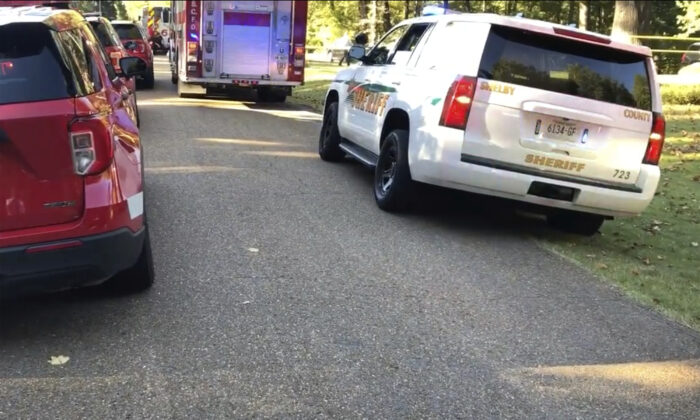 Emergency vehicles at the scene of a dog attack in Shelby, Tenn., on Oct. 5, 2022. (Shelby Sheriff’s Office via AP)

MEMPHIS, Tenn.—Two young children died and their mother was hospitalized after two family dogs attacked them at their home in Tennessee, officials said.

The dogs attacked a 2-year-old girl, a 5-month-old boy, and their mother Wednesday afternoon in the home located north of Memphis near Shelby Forest State Park, the Shelby County Sheriff’s Office said in a tweet.

The children were pronounced dead at the scene and their mother was taken to a Memphis hospital in critical condition.

The investigation remains active. No further information was immediately released.

Smoke Inhalation Killed at Least 5 of 10 in Fire