Special Counsel John Durham on May 2 alerted the judge presiding over the case against a former Hillary Clinton campaign lawyer of fines the Clinton campaign and the Democratic National Committee (DNC) paid after a federal body found probable cause that they violated election laws.

Durham filed the Federal Election Commission (FEC) and conciliation agreements that the campaign and the DNC entered into with the FEC along with paying the fines for what the FEC described as probable violations of laws governing the reporting of political entity disbursements.

At issue is the Democrat entities’ ties to Fusion GPS, a firm that specializes in opposition research.

The payments were described as for legal services but actually went to Fusion to perform opposition research on former President Donald Trump, at the time Clinton’s rival for the presidency.

“Specifically, the FEC found ‘probable cause to believe’ that the DNC and [the Clinton campaign] improperly reported their payments to Perkins Coie for Fusion GPS’s opposition research as ‘legal and compliance consulting,’” Durham told U.S. District Judge Christopher Cooper, an Obama appointee, in the new filing.

The special counsel attached the documents to a motion to compel the Clinton campaign, the DNC, Fusion, and Perkins to produce documents that the parties are withholding or producing in redacted forms based on claims they contain attorney-client communications or other privileged material.

Durham argues that Fusion did not provide legal services to the other parties, rendering the privilege claims moot—a position bolstered by the FEC’s findings.

The parties say Fusion was helping Perkins in its provision of legal advice to the campaign and the DNC.

The Clinton campaign and the DNC have not commented publicly on the FEC’s ruling.

Each paid fines and entered into conciliation agreements with the federal body, but did not admit wrongdoing.

Fusion’s services included helping create the dossier compiled by ex-British spy Christopher Steele. The dossier’s allegations against Trump, which were salacious and unsubstantiated, were promoted heavily by the Clinton campaign and Democrats in their bid to get Clinton elected and, later, to impeach Trump.

Durham is prosecuting Michael Sussman, a lawyer who represented both the campaign and the DNC when he brought unverified information that allegedly showed a secret backchannel between the Trump Organization and a Russian bank in the months before the 2016 election.

Durham says Sussmann lied when he told an FBI lawyer, prior to handing over the information, that he was not bringing the data on behalf of a client.

Sussmann’s lawyers have argued that he did not lie and, even if he did, the lie would have been immaterial to the legitimacy of the actual information.

Sussmann is set to go on trial later in May. 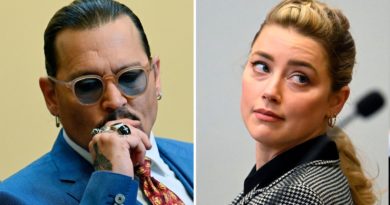