Sen. Chuck Grassley (R-Iowa) proclaimed this week that FBI Director Christopher Wray has to do “much more” to deal with alleged bias inside the bureau amid whistleblower claims that agents slow-walked an investigation into Hunter Biden and the current probe targeting former President Donald Trump.

“We wouldn’t even know about it if there weren’t whistleblowers, very patriotic people in the Justice Department that came to me and gave me this information about Thibault,” Grassley, the ranking Republican on the Senate Judiciary Committee, told Fox News on Monday, referring to former FBI special agent Timothy Thibault, who left the bureau several weeks ago.

Grassley said Thibault allegedly opened an investigation into Trump “based upon very just fuzzy newspaper reporting and then closes down an investigation on Hunter,” referring to President Joe Biden’s son.

“At least Wray moved him out of that position. Now he is not even in the department,” the Republican senator continued. “But I think Wray has to do much more to come up with a plan to show that this political bias within the FBI is going to be attacked and rooted out.”

“Total transparency is important,” he concluded. “The public’s business has to be public.”

A lawyer for Thibault, an assistant special agent in charge at the FBI’s Washington Field Office, confirmed that he departed the bureau in late August, although the lawyer disputed claims that he “did not supervise the investigation” into Hunter Biden and wasn’t “involved in any decisions related to any laptop that may be at issue in that investigation.”

The lawyers also said there was nothing controversial about how he was escorted out of the building following his departure.

Thibault turned in his security badge before he “walked with two long-time special agent friends through the field office to finish processing his paperwork,” Thibault’s lawyers added to The Epoch Times. “He walked out of the building by himself. Claims to the contrary are false.”

In late July, Grassley said that “highly credible” whistleblowers approached his office and said there is widespread bias within the FBI, including efforts to discredit or downplay investigations into Hunter Biden There was a 2020 FBI intelligence assessment, Grassley wrote in a letter, that was “used by an FBI headquarters team to improperly discredit negative Hunter Biden information as disinformation.”

“Based on allegations, verified and verifiable derogatory information on Hunter Biden was falsely labeled as disinformation,” he said, citing whistleblower claims.

While the FBI whistleblowers have not been identified, a lawyer for several of them told the Washington Times late last month that agents have “lost confidence” in Wray’s leadership amid the bias allegations.

“I’m hearing from [FBI staff] that they feel like the director has lost control of the bureau,” Kurt Siuzdak, a lawyer and former agent who represents FBI whistleblowers, said in an interview last week. “They’re saying, ‘How does this guy survive? He’s leaving. He’s got to leave.’”

“All Wray does is go in and say we need more training and we’re doing stuff about it, or we will not tolerate it,” added Siuzdak.

The Epoch Times has contacted the FBI for comment. 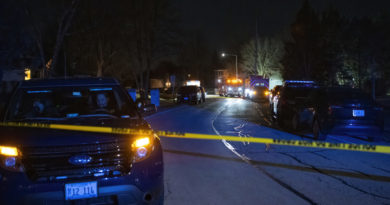