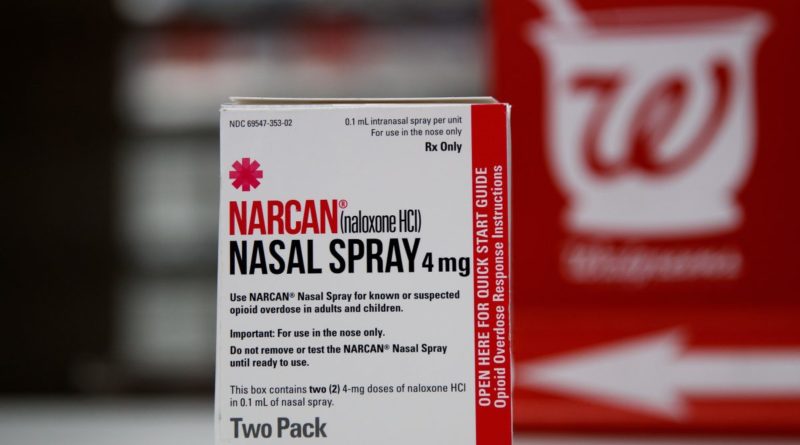 While schools are permitted to carry naloxone on campus, Assembly Bill 19—introduced Dec. 5 by newly-elected Assemblyman Joe Patterson (R-Rocklin)—would require schools to always have at least two doses of the spray.

Patterson also introduced Assembly Bill 18 the same day, which would provide written notice to anyone convicted of trafficking fentanyl that they may be convicted of murder if another person dies as a result of them selling the drug.

“The real epidemic in my district is kids’ access to deadly counterfeit pills,” Patterson said in a Dec. 5 statement, adding that fentanyl-related deaths in his Placer County rose 450 percent since 2019. “I am committed to addressing the most pressing concerns in my district and that starts with the safety of our kids and young adults.”

Though AB 19 does not estimate the total cost of the bill, Patterson said on Twitter Dec. 9 that requiring the drug starting in 10,000 schools in California should cost the state about $1.5 million.

“Doses are good for 2 years. In [the California Legislature] this is the definition of ‘budget dust.’” he wrote. “Hand sanitizer costs more.”

In California, fentanyl was responsible for 5,722 deaths in 2021, according to data from the state Department of Public Health.

In Los Angeles alone, seven students overdosed this year on fentanyl—including a 15-year-old girl who died in September, according to the LA Police Department.

That same month, LA Unified School District Superintendent Alberto Carvalho announced that naloxone will be made available at all district K–12 schools.

“We have an urgent crisis on our hands,” Carvalho said in a Sep. 22 statement. “Research shows that the availability of naloxone along with overdose education is effective at decreasing overdoses and death—and will save lives. We will do everything in our power to ensure that not another student in our community is a victim to the growing opioid epidemic. Keeping students safe and healthy remains our highest priority.”

AB 19 is expected to be heard in committee in January, according to the state Legislature.

Julian Assange: High Court reverses decision not to extradite WikiLeaks founder to the US | UK News