BEVERLY HILLS, Calif.—Five people were arrested—including a man and a woman from Los Angeles—in connection with two unrelated armed robberies in Beverly Hills this week, police announced on Nov. 24.

At around 10:50 p.m. on Monday, the Beverly Hills Police Department (BHPD) received two reports about the first incident, consisting of two armed street robberies one block south of Wilshire Boulevard.

Chynelle Tyla-Lee Rhyne and Justice Rasheedmalike Gill, both of Los Angeles, allegedly approached two victims—in the area of South Elm Drive and Charleville Boulevard, and Rexford Drive and Charleville Blvd—and robbed them at gunpoint before fleeing together in a black SUV, according to Lt. Giovanni Trejo, the department’s public information officer.

The two victims were not injured in the robberies, police said.

BHPD officers responded to the area and obtained the SUV’s description, license plate number, and descriptions of the suspects, Trejo said.

At around 1:35 a.m. the next day, BHPD detectives located the SUV and, working with LAPD, stopped it near West 54th Street and Figueroa Street in South Los Angeles.

Rhyne, 22, and Gill, 25, were taken into custody and booked at the BHPD jail, according to Trejo. Police also found a replica firearm inside the suspects’ car during the arrest.

Later on Tuesday, another armed robbery was reported to BHPD officers at around 4:20 p.m. on Beverly Boulevard, west of Doheny Drive.

Arriving units learned that three suspects approached the victims on foot and robbed them at gunpoint before fleeing the scene.

The victims were not injured in the robbery, police said.

Police set up a containment in the area and eventually located the suspects.

Lakeylia Lambert, 37, Isaiah Hudson, 19, and a 16-year-old boy were taken into custody on suspicion of committing the robbery. Two loaded handguns were retrieved during the arrest.

The Monday and Tuesday robberies were not believed to be related to one another or any other crime in the city, Trejo said.

The investigation into the robberies is ongoing. Anyone with more information about this crime is urged to call the BHPD at 310-285-2125.

Anonymous reports can be made by text to BEVHILLSPD, followed by the tip information to 888777. 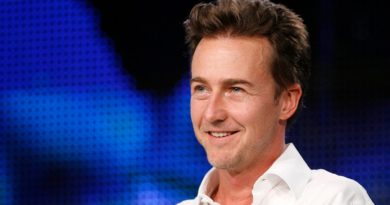