The office reported that “this level has only been reached three times” since 1976 when the state began recording unemployment data.

“Florida’s statewide unemployment rate has been lower than the national rate for 20 consecutive months and has declined or held steady for 24 consecutive months; indicating that Florida’s economy is secure and resilient,” it said in a statement.

While the national labor force shrank for the second consecutive month, DeSantis said Floridians are “continuing to enter the workplace and businesses are continuing to create jobs.”

He said that private-sector employment increased by 70,000 during July.

“July’s job numbers represent one of the largest month’s job gains over the past generation, and Florida continues to outpace the nation in labor force growth.”

The chief economist for the Florida Department of Economic Opportunity Adrienne Johnson said in a statement that the state’s private-sector job growth was “historic.”

Johnston attributed the jump to Florida reopening earlier than other states after the pandemic.

“We see strong consumer demand continuing, even today,” Johnston said in an Aug. 19 conference call with reporters. “As that continues to grow, we are going to see strength in our employment.”

While the state has rebounded, Johnson said it has had a shift in the types of jobs.

“While we’ve gone back to levels that are commensurate with where we were back in 2019 and … early 2020, we’re seeing a little bit of a shift in which industries are growing the most,” Johnston said.

“And most of that is in industries that tend to have higher wages. So, for example, we’re seeing strong growth in financial activities, and professional and business services.”

She added Florida has outpaced the nation in terms of manufacturing.

“This is less than the rate of increase in total employment, which means that the share of jobs that are vacant has now declined over the year,” Johnston continued. “This is an indication that staffing shortages may be starting to ease.”

From June to July, Florida was one of 14 states to post decreases in jobless rates according to the Labor Department. Three states saw upticks—Indiana, Montana, and Nebraska—while rates in the others were unchanged.

Amy Baker, coordinator of the Florida Legislature’s Office of Economic and Demographic Research, said that even though the latest numbers are impressive “economic disruption is still evident.”

“The risk associated with the national economic forecasts is skewed to the downside with almost equal probability that the new forecast will unfold as predicted or fall short of expectations,” Baker said in a written statement.

“With challenges including the end of significant federal monetary and fiscal stimulus provided during the early years of the pandemic, the rapid drawdown of savings over the past year, the elevated use of credit over the past few months, the continued normalization of spending on services and away from taxable goods, and strong inflationary pressures on households.”

Nationally, the U.S. Chamber of Commerce said, “there are too many jobs without people to fill them,” and as a result, “businesses can’t grow, compete, and thrive.”

The latest jobs report from the Bureau of Labor Statistics showed that thousands of people are entering the workforce but while that seems positive, the chamber said the “labor force participation does not match” pre-pandemic levels.

Its website said that in February 2020, 3.4 million people left the labor force.

These numbers have left economists scratching their heads and asking, “where did the workers go?”

The U.S. Chamber theorized that the boosted unemployment benefits, stimulus payments, and child tax credits have “padded the finances of some previously employed workers, and they no longer need to work.”

In addition, early retirements have also contributed to a worker deficit.

At the height of the pandemic, more than 120,000 businesses temporarily closed, and more than 30 million U.S. workers were unemployed.

Since then, job openings have continued to climb, while unemployment has slowly declined, the website added.

Jannis Falkenstern is an Epoch Times reporter who covers the state of Florida. 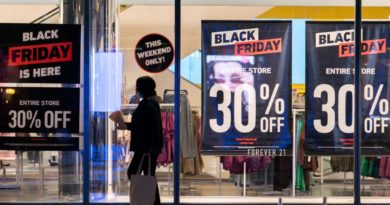