Texas Gov. Greg Abbott on Tuesday declared a state of disaster in Uvalde in order to fast-track resources meant to help the community and cut through hindering red tape in the aftermath of the May 24 mass school shooting that left 19 young students and two teachers dead.

The declaration will “accelerate all available state and local resources to assist the Uvalde community, as well as suspend regulations that would prevent, hinder, or delay necessary action in coping with the aftermath of the tragic shooting,” the governor’s office said in a release.

The disaster declaration unlocks the ability of state agencies such as the Texas Division of Emergency Management to swiftly provide “all resources to respond to the disaster,” including a temporary “family resource center” to support Uvalde families and community members seeking mental health services and other resources.

“The community of Uvalde has been left devastated by last week’s senseless act of violence at Robb Elementary School and should not have to encounter any difficulty in receiving the support needed to heal,” Abbott said.

“This disaster declaration frees up the many resources available through the State of Texas and local jurisdictions to continue providing much needed support to all who were impacted and work in the community unencumbered by regulations unnecessary to respond to this tragedy.”

The governor added that “all of Texas stands with Uvalde” and is prepared to “provide support through all available means.”

Meanwhile, Texas gubernatorial candidate Beto O’Rourke has criticized Abbott for his stance on gun laws and was escorted out of a press conference on the shooting held by the governor in Uvalde last week.

O’Rourke, a Democrat, started yelling at Abbott about gun control laws during the May 25 press conference. He was immediately branded an “embarrassment” by Lt. Gov. Dan Patrick.

O’Rourke has claimed that some shootings in Texas have occurred in the state as a result of Abbot’s “opposition to universal background checks.”

“The Midland-Odessa gunman failed a federal background check. But he was still able to legally purchase an AR-15 and kill Texans thanks to Greg Abbott’s opposition to universal background checks in our state,” O’Rourke wrote on Twitter on Tuesday.

Since the shooting, Abbott has argued that further laws to make schools safer and address an “array of healthcare issues that relate to those who commit gun crimes” are needed, not more gun laws.

A single access point for the Uvalde community to access mental health services is being set up by the Texas Health and Human Services Commission with local mental health authorities and entities, according to the governor’s office. Uvalde community members can call a 24-hour hotline to request help: 888-690-0799.

Caden Pearson is a journalist based in Australia. He has a background in screenwriting and documentary. Contact him on caden.pearson@epochtimes.com.au

More Than Half of Babies, Toddlers Surveyed Had ‘Systemic Reaction’ After COVID-19 Vaccine 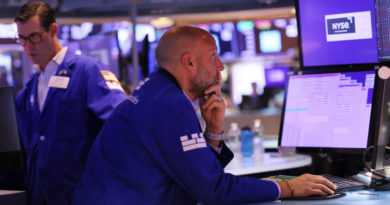 Wholesale Inflation Rises 8 Percent, but Stocks Jump as Investors Thought It Would Be Worse