A special grand jury has indicted two Loudoun County officials for making false statements, according to indictments made public on Dec. 12.

Grand jurors indicted Scott Ziegler, the just-fired county superintendent, on three counts, including false publication, according to copies of the indictments obtained by The Epoch Times.

That count stemmed from Ziegler “knowingly” transmitting to media outlets on or about June 22, 2021, a “false and untrue statement.” The statement was not identified.

They also indicted Wayde Byard, a top spokesperson for Loudoun County Public Schools (LCPS), on a count of perjury.

LCPS and Byard did not immediately respond to requests for comment. Ziegler could not be reached.

“We are beyond pleased that the families who were harmed by the egregious failures of the leadership of Loudoun County Public Schools, exacerbated by its repeated acts of deceit and dishonesty, will receive some measure of justice,” Ian Prior, executive director for the Fight for Schools Group, said in a statement.

The indictments were released shortly after a report from the special grand jury found that Ziegler lied when he claimed in June 2021 that he was not aware of any assaults occurring in school bathrooms.

According to emails, Ziegler was, in fact, aware that a 15-year-old girl was assaulted the previous month by a male student inside a bathroom at Stone Bridge High School.

The principal of the high school told grand jurors that the statement was “not true” and another witness said it was a “bald-faced lie.”

Ziegler later claimed to misunderstand the question that prompted his false statement.

Loudoun County school officials did not record instances of sexual assault despite being required to do so.

The same male assailant, who has been described as “gender fluid,” went on to assault another female student at a different school in October 2021. He was found guilty of both assaults and sentenced to juvenile detention until he is 18.

Grand jurors said they were largely stonewalled by LCPS and Loudoun County School Board members during the investigation.

“We expected these public servants to provide clarity, transparency, and a willingness to report truthfully to their constituents. Instead, we were met with obfuscation, deflection, and obvious legal strategies designed to frustrate the special grand jury’s work,” they said.

The board voted on Dec. 6 to fire Ziegler without cause. Board chair Jeff Morse told reporters that the board was “misled” by Ziegler. Morse declined to say whether any other officials mentioned in the report should be fired.

The grand jury was convened by Virginia Attorney General Jason Miyares, a Republican, at the direction of Virginia Gov. Glenn Youngkin, another Republican. Both entered office in January.

The school board failed in attempts to block the investigation, with the Virginia Supreme Court finding that the board had not offered any convincing arguments for why the investigation infringed on its oversight of schools in the county.

The other two counts against Ziegler relate to Erin Brooks, a special education teacher who sued LCPS in June for allegedly failing to protect her against being sexually assaulted and retaliating against her when she spoke out about the matter.

The suit says Brooks was assaulted dozens of times each day starting in February and that tactics she attempted did not work.

Brooks messaged and met with school administrators but LCPS personnel who were in positions to intervene “repeatedly dismissed and ignored” her pleas for help, the filing states.

Brooks was later falsely deemed to have released personally identifiable information and undertook unprofessional conduct and the school board released a statement about her that was defamatory, the suit says. LCPS also decided against renewing her contract, which was allegedly done out of retaliation.

All three of the counts against Ziegler are misdemeanors.

The count against Byard is a felony.

The board appointed Daniel Smith as interim superintendent.

“I accept the challenges that come with my new role. And I look forward to refocusing the efforts of our employees on maintaining and improving a world-class school division,” Smith, who had been chief of staff at LCPS since April, said.

Morse said he and vice chair Ian Serotkin reached out to Smith for the position because they viewed Smith as “an important stabilization factor” when observing him closely as chief of staff. In addition, Smith wasn’t present during the two sexual assaults in 2021.

Smith assured the reporters on the night of his appointment, “Absolutely, our kids are safe, and that’ll remain our priority.” He said his priorities would be ensuring that the school division “focused on teaching and learning of our kids.”

Morse said the board would embark on a nationwide search for a permanent superintendent to have the recruit in place by July 1, 2023, to be ready for the 2023–2024 school year.

The board has another meeting scheduled for Dec. 13. Agenda items include reviewing and discussing the recommendations outlined in the grand jury report.

The board will “consider meaningful approaches to address those recommendations,” the agenda states.

Terri Wu contributed to this report. 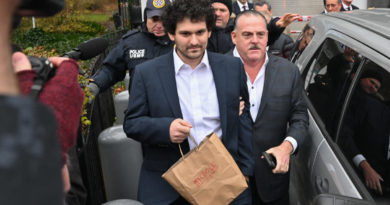