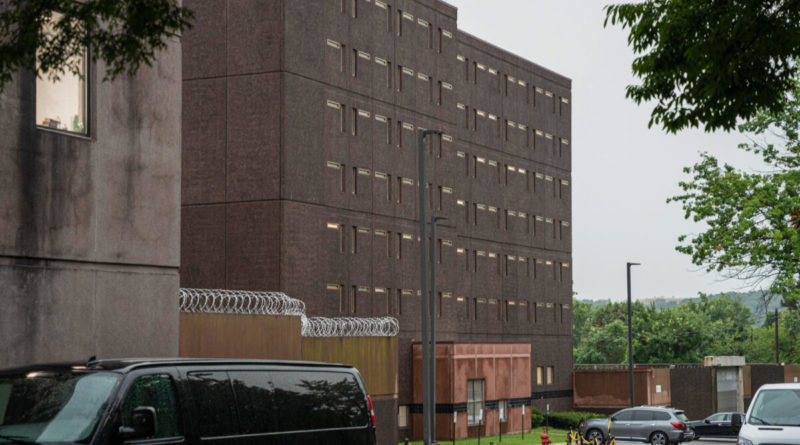 
Handwritten letters tell the stories of life as a Jan. 6 prisoner in a new book.

According to records compiled and maintained by American Gulag, nearly 100 people are currently being held in jails and prisons all across America for their participation in the protests at the United States Capitol on Jan. 6, 2021. In what some call a violation of their Constitutional rights, many have been incarcerated for over a year, suffering physical and emotional abuse. While charged, most have yet to be convicted of any crime or even given a trial date. Some are denied necessary medical care. Through handwritten letters, poems, and artwork, many are telling their stories about life as a Jan. 6 prisoner in a new book titled “American Gulag Chronicles.”

“Then January 6 happened,” Rivers told The Epoch Times, “and on July 4, 2021, the Patriot Mail Project was reactivated and people began to write to prisoners from January 6 and those prisoners started writing back.”

The PMP also guides people on how to donate to a prisoner’s commissary account and how to provide support to the wives and children of incarcerated inmates. Currently, the PMP is running its 2022 Christmas Project to provide gifts to the children of Jan. 6 prisoners.

After a while, the PMP had acquired so many letters that Marie Goodwyn suggested they do something more.

‘The Raids Are Intended to Frighten People’

Goodwyn, editor-in-chief for the book and j6patriotnews, is deeply involved in the PMP. Her son Daniel is a Jan. 6 defendant and she recalled the February morning when he was arrested. It was still dark around 6:00 a.m. Goodwyn noted that many of the FBI’s raids are conducted “before light,” and in winter, with many individuals being brought outside in their underwear because they had been sleeping when the FBI arrived.

“My son and his wife, and my other son, were on their knees, handcuffed in the cold,” she said.

Today, PMP serves as a conduit through which people can correspond with Jan. 6 prisoners.

Daniel, who was under house arrest until March 22, is not allowed to leave the district without permission. Despite having Asperger’s Syndrome, Daniel is very sociable and he hates being stuck at home.

“I know many of the others had the same treatment,” Goodwyn added, suggesting “the raids are intended to frighten people and to make sure the neighbors see so they are frightened, too.”

Because of that, Goodwyn became involved in the project.

‘In Their Own Words’

According to Rivers, there are thousands of letters being exchanged between Jan. 6 prisoners and people on the outside every week. Some prisoners receive bulk canisters filled to the top with mail. Rivers said they had conducted a series of interviews with several different Jan. 6 inmates, asking them what it meant to receive letters from people who care and who haven’t forgotten about them.

“The answers are heartbreaking,” Rivers said, suggesting that people go to the website, J6PatriotNews.com, to hear the stories for themselves.

Rivers also noted that the penmanship of some Jan. 6 prisoners is somewhat undecipherable. So they transcribe the handwritten letters to make them easier to read. While they do “spread them across social media platforms, and turn some into videos,” he said the book seems to be the best way to get past the mainstream media and outside of the social media bubble where positive Jan. 6 stories—or those exposing atrocities committed against Jan. 6 prisoners—are frequently censored.

“We think the book will break through all of the barriers and will for the first time, enable people to read their stories, written in their own words in their own hand, rather than through some committee of people who are biased against presenting the reality of what happened and how it all transpired.”

People can also learn how Jan. 6 prisoners have suffered for over a year through what Rivers describes as “a corrupt legal system as well as an abusive prison system that goes beyond civil and Geneva Convention rights violations.”

“The book tells that story,” he said, noting that many people aren’t even aware that nearly 100 Americans have been held in prisons and jails across the country for over a year without trials, without bail, and without having been convicted of a single crime.

Jan. 6 prisoners, family members, and others whose lives have been forever impacted by the events of that day are excited about the book and how it will tell the stories that have been silenced for too long.

‘Their Chance to Get Their Truth Out’

Micki Witthoeft said she feels “a special connection to all of the January 6 detainees” Her daughter was Ashli Babbitt.

As previously reported by The Epoch Times, a use-of-force expert concluded that the unarmed Babbitt was “murdered … under the color of authority” by Capitol Police Lt. Michael Byrd on Jan. 6, 2021.

“I feel like this book is their chance to get their truth out because we don’t know how history is going to be written,” Witthoeft told The Epoch Times. “The January 6 Committee worked hard to alter time stamps and change the narrative of what we believe the truth is and I think this is an amazing experience to get their stories out in their own words. I believe this will have historic significance.”

Zachary Rehl agrees that the book will be historic.

“This book is important because it will give first-hand accounts of political prisoners in the U.S., and will highlight the absolute corruption between the prosecutors and the judges,” Rehl told The Epoch Times through a statement issued from prison, adding that people will also learn of how “our government has ignored in the past and continues to ignore the Constitutional rights of the accused for their own personal, as well as political gain.”

Chris Quaglin believes American Gulag Chronicles is the only accurate record of the struggles and unconstitutional hardships that the Jan. 6 prisoners have endured.

“The way I’ve been treated is 100 percent un-American and unconstitutional,” Quaglin told The Epoch Times by phone from the Northern Neck Regional Jail in Warsaw, Virginia, adding that it isn’t just his freedoms at stake but those of the entire nation. “The only thing that we can do as Americans is to document this dark time in history so that people can read about it and hopefully prevent it from ever happening again. That’s what American Gulag Chronicles does.”

Quaglin also said that receiving letters of support and encouragement from people on the outside while he sits for weeks in solitary confinement is the only thing that “helps one day turn into the next.”

According to Brad Geyer—a former trial attorney with the U.S. Department of Justice, special assistant United States Attorney to the U.S. Attorney’s Office for the Eastern District of Pennsylvania, and a Criminal Division trial attorney in Washington—many of the Jan. 6 prisoners have been detained on unsubstantiated claims. He also says there is considerable documentation that shows much of the evidence being used to charge many of the Jan. 6 prisoners and defendants has been manufactured and even planted.

In a May 4 episode of “The Dr. Ardis Show,” Geyer said “the key constitutional provisions that are being trampled on and essentially rescinded to large measure are the following amendments: the first, second, fourth, fifth, sixth, eighth, 10th and probably the 14th as it applies to the States. There’s been a denunciation and a degradation of those rights.”

Geyer told The Epoch Times that Jan. 6 prisoners Have suffered “all sorts of deprivations.”

As Geyer noted, those suffering in solitary confinement are only allowed out of their cell for one hour each day. “There’s no natural light in ‘the hole.’ You have no idea how much time passes,” he said.

“They are denied medications needed for cancer treatment and to control diabetes. Their diet is horrendous. The idea that the government and bureau of prisons would throw their hands up and say we don’t have any jurisdiction is outrageous.”

‘The Entire Jury Pool Will Be Tainted’

Geyer also noted how the Jan. 6 prisoners have been denied their 6th Amendment right to a speedy trial.

“It’s preposterous that these people have been detained for as long as they have,” Geyer told The Epoch Times. “They’ve been imprisoned for over a year without trial or bail, and most for non-violent offenses.”

Given the political climate in Washington, Geyer suggested they’re also likely to be denied the 6th Amendment’s guarantee of an impartial jury.

“At best, the entire jury pool will be tainted,” Geyer said. “They’re not going to be impartial. Anyone they choose will have been fed a steady media diet that supports the establishment narrative that everyone is guilty.”

Geyer said Jan. 6 prisoners who have not been vaccinated for COVID—for religious, personal, or medical reasons—have suffered additional punishments, like being denied any communication with their families, even through video conferencing.

“The long and short of it is they were punished because they refused to be part of a  medical experiment,” Geyer insisted. “That’s the most egregious part. They’ve already been so dehumanized. To think the government could engage in behavior that is, on its face, illegal and to have no one care. It’s mind-boggling.”

Joseph Hanneman contributed to this report. 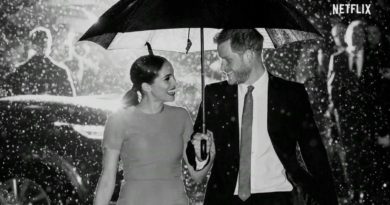