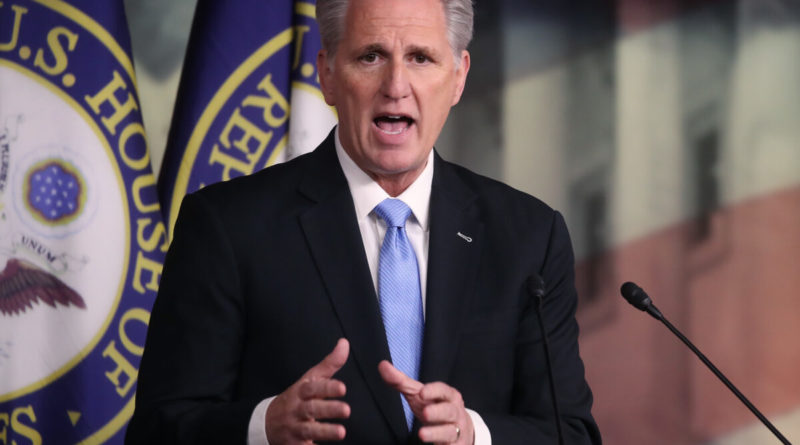 
House Republican leaders have condemned the failure of Democrats who controlled both chambers of Congress and the White House for waiting until the last minute to “jam” through an omnibus spending bill that no one will be able to read before voting on.

“The Democrats have been in power, they have had the House, the Senate, and the presidency, but they did not do their work and they should not jam us now,” House Minority Leader Kevin McCarthy (R-Calif.) told reporters on Dec. 14.

“They should not jam the American public. We cannot afford it,” said McCarthy, who told reporters the federal budget deficit was the largest in history for the first two months of the current fiscal year, at $248 billion.

“We should not move a short-term continuing resolution (CR); we should move one further into the new year,” McCarthy said, referring to the Dec. 16 deadline facing Congress to either pass another temporary spending measure or a full-year budget for the entire federal government.

Senate leaders in both parties are pushing for an omnibus spending bill that combines all 12 regular appropriations that are supposed to be considered separately into one massive, 4,000-page bill that would get an up-or-down, all-or-nothing vote before senators or representatives would have time to read it.

McCarthy and the incoming Republican majority that will take control of the House of Representatives on Jan. 3 argue that Congress should approve a CR that keeps the government funded and open well into 2023, instead. Doing so would force President Joe Biden and the Senate Democrat majority to negotiate with the House GOP on a new spending deal.

“Right after the election where the American people said they want a check-and-balance on the Biden administration, where they want to change leadership in the House, we see Washington trying to do that same old business one last time, right before Christmas, by bringing this omnibus appropriation bill that nobody has seen.

“Just a handful of people are writing it right now and it is still not available for anyone to read, and yet they want the ability to go and bring that on the eve of Christmas. The Democrat House, the Democrat Senate, the Democrat White House had all year to get funding taken care of by September 30. But of course they blew through that deadline and asked for another few months.”

Rep. Jason Smith (R-Mo.), the ranking Republican member of the House Ways and Means Committee, said during the news conference that “every American has lost two months of their salary over the last two years because of the Democrats’ reckless spending. But we also have a fiscal crisis within our own government.”

“Just this week, the Treasury Department announced that in just the first two months of this fiscal year cost the United States government an additional $103 billion just to pay interest on the national debt, which is an 87 percent increase on what it was just a year ago,” Smith said.

The deal reportedly will set total federal spending for fiscal year 2023 at $1.65 trillion, with the defense portion of the budget going to $858 billion.

The announcement by Leahy, however, doesn’t guarantee that both the Senate and the House will have spending bills to consider and then send to Biden for signature before the government runs out of appropriated money.

Shelby told reporters that there remain issues to be resolved on most of the 12 individual spending bills that would make up the overall omnibus measure. A one-week CR would allow negotiators more time to work out those details, but there would still be a matter of getting something passed in Congress and on Biden’s desk before Christmas.

Under the Budget Reform Act of 1974, Congress is required to complete action on all 12 major spending bills and get them to the president for signature by the end of the fiscal year, which is Sept. 30. Congress hasn’t done that, including the interim deadlines required by the act, since 1996.

The George Floyd Justice in Policing Act: The bill before the US Congress which aims to tackle brutality | US News 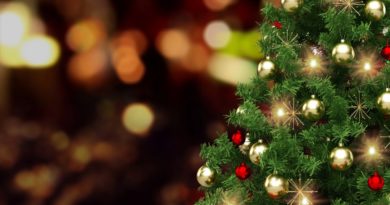