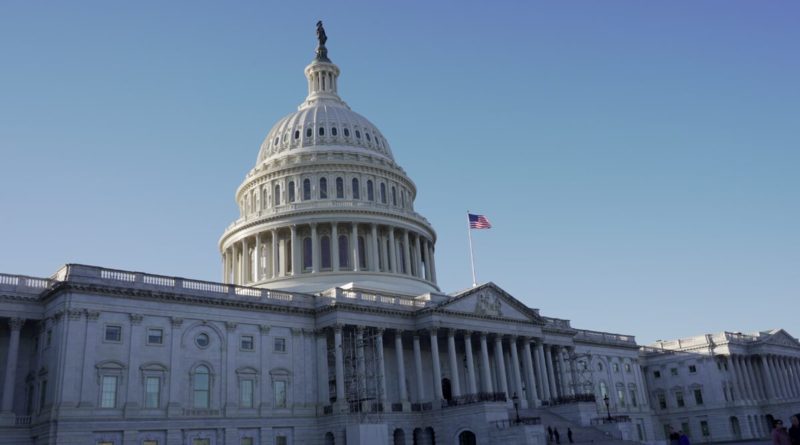 
The House of Representatives on Dec. 15 passed a bill that would determine the future political status of Puerto Rico.

Currently, the Central American island exists in an in-between status as a protectorate of the United States. The citizens of Puerto Rico have a voice in Congress through an elected delegate, but this delegate is not permitted to vote on federal legislation.

The bill passed by the House on Dec. 15, dubbed the “Puerto Rico Status Act,” would call for a binding plebiscite on Puerto Rico’s future political status, giving residents the option to choose between full-fledged independence, joining the union as the 51st state, or independence followed by free association with the United States.

In July, the bill was advanced through the House Natural Resources Committee; however, since then it had stalled, raising questions as to whether it would be taken up before the close of the 117th Congress.

The group struck the same tone after the bill was finally scheduled for a vote after months of delay.

“Over the past months, we came together to act on a belief that we all share: Puerto Rico’s colonial status as a U.S. territory should not continue, and its people must determine the political destiny of their island themselves,” the group of lawmakers said in a statement about the legislation. “Many of us disagree on what that future should look like, but we all accept that the decision must belong to the people of Puerto Rico and to them alone.”

“The Puerto Rico Status Act will grant them that choice,” the lawmakers added.

Hoyer struck the same tone when discussing the bill on the House floor on Thursday.

“We owe it to Puerto Ricans to bring an end to their island’s 124-year-old status as a U.S. territory and to grant them control over their island’s political future,” Hoyer said.

Ocasio-Cortez also defended it in a speech on the House floor.

“For the first time in our nation’s history, the U.S. recognized its role as a colonizing force,” she said. “The Puerto Rico Status Act lays out a process for the Island to decide its own future. It doesn’t favor statehood, independence, or free association. It allows Puerto Ricans to choose.”

Difficulties from the Senate

With its passage through the House, the bill will now go to the Senate, where it is likely to face greater difficulties in moving ahead.

Unlike in the lower chamber, where legislation need only receive the approval of a simple majority of lawmakers, almost all bills in the Senate must overcome the 60-vote filibuster threshold before advancing to a vote.

There are signs that indicate that Puerto Rico would choose to join the union if given the opportunity.

Puerto Rico’s current delegate to Congress is a member of the New Progressive Party, a Puerto Rican party in favor of joining the union.

Additionally, on Nov. 3, 2020—concurrent with the general U.S. election—Puerto Ricans voted in the sixth such referendum of its kind to join the union by a margin of 52.52 percent in favor of statehood compared to 47.48 percent opposed. This was the third such vote since just 2012, a sign of Puerto Ricans’ increasing anxiety to resolve their status.

However, the power to admit a state to the union lies with Congress, so this referendum was non-binding.

The issue lies in how the admission of Puerto Rico as the 51st state would upset the balance of power in the U.S. Senate.

Likely, the tiny island nation would only receive one seat in the U.S. House of Representatives; but Puerto Rico, like all states admitted to the union, would receive two seats in the Senate. Because the people of Puerto Rico tend more left-leaning in their voting patterns, these senators would likely caucus with Democrats, decreasing GOP strength in the Senate.

This is particularly a concern for Republicans as they prepare to fully reenter the minority after two years of an equally-divided Senate, where Democrats were forced to share considerable power with the formal minority party.

Thus, it comes as no surprise that individual Republican legislators in the upper chamber have been hesitant to accept similar efforts in the past.

Adding to the bill’s difficulties in passing during this Congress, the upper chamber has far more pressing matters to attend to, including hammering out a deal on two “must-pass” bills, a general spending bill and the National Defense Authorization Act.

If the bill were passed, it would likely be able to win the approval of President Joe Biden, whose political aspirations would stand to gain from bolstering the strength of the left wing in the upper chamber.

Joseph Lord is a congressional reporter for The Epoch Times.