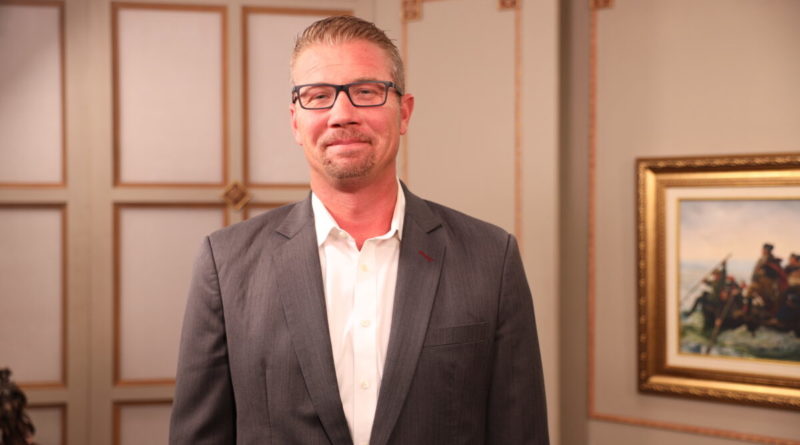 
“Fifteen years ago, the idea that people would be having psychotic episodes and psychotic breaks just from THC was unfathomable—audio and visual hallucinations, and intense anxiety,” says Ben Cort.

On a recent episode of “American Thought Leaders,” host Jan Jekielek sat down with Cort to discuss a multibillion-dollar industry that he says has turned a once-natural, relatively harmless plant into a highly addictive, psychosis-inducing narcotic. Cort is the CEO of the Foundry Treatment Center and author of “Weed, Inc.: The Truth About the Pot Lobby, THC, and the Commercial Marijuana Industry.”

Jan Jekielek: Weed or marijuana is not something you typically associate with psychosis. What’s going on?

Ben Cort: Ten years ago, we rarely saw psychosis and cannabis use together.

But recently, I’ll bet we’re seeing 30 cases of THC-induced psychosis for every amphetamine case. THC is the language I’ll use for marijuana, because that’s the chemical inside the cannabis plant that gets you high. Traditionally, drug-induced psychosis was associated with amphetamines, cocaine, and methamphetamine, but in the past few years, THC has really taken that over because of how strong it has gotten.

The authors of this study said, “It’s our belief that this is THC potency.” Until recently, the idea of physical addiction to cannabis was laughable. Now, not only can you get physically dependent on it, but withdrawal from cannabis is a really big deal, and something I see every single day working in treatment.

Fifteen years ago, the idea that people would be having psychotic episodes and psychotic breaks just from THC was unfathomable—audio and visual hallucinations, and intense anxiety.

Yet every week, I hear of a young person who has dismantled every electronic device in the house, smashed their phone, taken out all the light bulbs to check for listening devices, because they are so paranoid that they’re being spied on. It’s behavior consistent with amphetamine use, but it’s the THC.

Mr. Jekielek: How did you come into this in the first place?

Mr. Cort: I’m in long-term recovery myself, and certainly used my fair share of that drug, as well as others. But I never had any interest in having my recovery be part of my vocation. I took this issue on simply because I read the proposed legislation in Colorado.

I had always loved the idea of decriminalization and legalization. I thought it was about social justice and freedom—more of a libertarian mindset. It turned out that it was about the creation of another vice industry and another opportunity to tax.

To decriminalize cannabis is easy, and has been done in most states in this country. In fact, in Colorado, it was done about 10 years before we passed Amendment 64.

But Amendment 64 didn’t have anything to do with decriminalization. It really was about the creation of a new business. That is the path this country has been on and continues to run down.

Mr. Jekielek: I live in New York City. In the past few years, a lot of these marijuana-focused shops have popped up. Are these mom-and-pop operations?

Mr. Cort: They started as mom-and-pop operations, certainly, but the vertical integration has been going on for some time now in the massive corporate takeover.

This is a multibillion-dollar industry that won’t tolerate small players anymore. The license itself is often worth much more than the storefront of the dispensary. For example, simply to buy a license to sell cannabis in pre-COVID California was going to cost you $5 [million] to $7 million, with nothing else to go with it. You had a lot of small-business owners who’d already bought these licenses who kind of hit the lotto because they could sell them to a much larger corporation. The larger corporation could then make money off of it.

Mr. Jekielek: You see a number of people with serious addictions. How is THC different from some of these?

Mr. Cort: Addiction to THC can be more challenging for the individual. If you said: “I’ve got to stop drinking so much. I’ve got to stop shooting heroin. I have to stop smoking meth,” everybody around you would say, “Oh my goodness, of course. I’m so glad that you’ve come around.”

But if you said, “I’m smoking too much weed,” a lot of people are going to laugh and say, “Smoking too much weed? What are you talking about? You can’t get addicted to that.” This makes sobriety challenging for the cannabis-dependent patient.

Mr. Jekielek: How is it possible there’s this huge distance between public perception and this reality you’re seeing every day?

Mr. Cort: I am trying to address that in the follow-up book that I’m working on right now. Drug policy, especially around cannabis, was made illegal for some wrong reasons in the late ’30s. That led to pushback and activism. These activists believed in what they were doing—racial justice and more of a libertarian approach to life. That movement was hijacked about 20 years ago by organized business, under the guise of the Drug Policy Alliance, the Marijuana Policy Project, and NORML (National Organization for the Reform of Marijuana Laws), who used to be in this for the good of the people. They decided more money could be made by selling this stuff.

Mr. Jekielek: How big is this industry?

Mr. Cort: The industry in North America is $30 billion this year. Estimates are that by 2030, they’ll do mid-$70 billion in commerce.

The international market is controlled by several big players, and I can tell you that almost 85 percent of the Colorado dispensaries are owned by 14 men.

Meanwhile, the numbers for THC potency are rising. There are no limitations on what they can put out there. Five years ago, the idea of getting more than 30 percent THC in a plant was laughable, and now we’re in the mid-40s. We gave this industry absolute free rein. The more you can sell, the more money you make. The stronger it is, the higher the rates of addiction. And boy, did they take advantage of that.

Mr. Jekielek: Is there any regulation at all?

The idea is that in Colorado, we are the thought leaders. Yet Colorado hasn’t independently verified a single test for potency or purity since 2015.

With the things we find in these plants, the growth accelerators, the pesticides, no one is making sure this is safe. We regularly find pesticides in cannabis plants that aren’t safe for topical animal use and are being inhaled by human beings.

Mr. Cort: You bet. Even the medical ones are. We have to remember that someone who’s still involved in this, Keith Stroup, the original founder of NORML, was directly quoted as saying, “We will use medical marijuana as a red herring to usher in recreational marijuana.” That’s always the plan, because there’s just not enough money to be made in medical marijuana. I’m glad some people are benefiting from access to cannabis-derived medications. But the idea is always to introduce medical, desensitize us a bit, and then bring in recreational.

Mr. Cort: If you want to never develop an issue with THC, just keep it [the potency] under 8 percent. As soon as we hit double digits, we start to get into trouble.

So, let’s kick the industry lobbyists off the rulemaking committees. And let’s put a common sense potency limit on cannabis until all of the research tells us what’s safe.

Mr. Jekielek: And what does the industry say in response to this?

Mr. Cort: When they’re done complaining, they say you’ll simply drive that demand into the unregulated black market. My answer to that is simple. Your market is unregulated. You have chemicals, growth accelerators, pesticides, butane, propane, and isopropanol that’s being found in your products every day of every week. Your product is not safe.

Let’s bring it all into the light and truly regulate it and put forth quality controls. Let’s take real responsibility for making sure that it’s safe.

This interview has been edited for clarity and brevity.

Jan Jekielek is a senior editor with The Epoch Times and host of the show, “American Thought Leaders.” Jan’s career has spanned academia, media, and international human rights work. In 2009 he joined The Epoch Times full time and has served in a variety of roles, including as website chief editor. He is the producer of the award-winning Holocaust documentary film “Finding Manny.”

Jeff Minick lives and writes in Front Royal, Virginia. He is the author of two novels, “Amanda Bell” and “Dust on Their Wings,” and two works of nonfiction, “Learning as I Go” and “Movies Make the Man.” 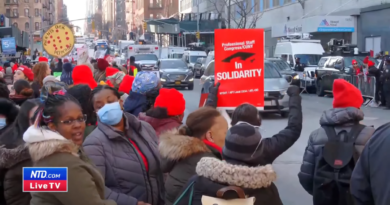 More Than 7,000 Nurses Go on Strike in New York City