First Lady Jill Biden apologized on Tuesday for remarks she made on Monday in which she compared Hispanic people to tacos, prompting outrage among the Latino community.

Biden was at a San Antonio event called the “LatinX IncluXion” luncheon, when she referenced the traditional Mexican food in her speech.

Her reference sparked outrage among the Latino community and prompted the National Association of Hispanic Journalists (NAHJ) to state, “We are not tacos.”

Biden’s press secretary issued a statement on Tuesday apologizing for the comments.

“The First Lady apologizes that her words conveyed anything but pure admiration and love for the Latino community,” wrote Michael LaRosa.

During her appearance in San Antonio, Biden had said that UnidosUS President Raul Yzaguirre had “helped build this organization with the understanding that the diversity of this community, as distinct as the bodegas of the Bronx, as beautiful as the blossoms of Miami, and as unique as the breakfast tacos here in San Antonio, is your strength.”

Biden was also criticized for mispronouncing the word “bodega,” a word used to describe convenience stores in Spanish, pronouncing it instead as “bow-get-taas.”

The awkward blunder comes at a time when President Joe Biden’s approval rating among Hispanic voters has been dwindling.

A Quinnipiac opinion poll published in May (pdf) found that just 26 percent of Hispanic Americans approve of Biden’s performance as president, while 60 percent disapprove.

‘Should Not Be Reduced to a Stereotype’

Following the first lady’s remarks on Monday, the NAHJ took to Twitter to slam her for the inappropriate comment, stating, “We are not tacos.”

“Using breakfast tacos to try to demonstrate the uniqueness of Latinos in San Antonio demonstrates a lack of cultural knowledge and sensitivity to the diversity of Latinos in the region,” the association said in a statement. “NAHJ encourages Dr. Biden and her speech writing team to take the time in the future to better understand the complexities of our people and communities.”

“Our heritage as Latinos is shaped by a variety of diasporas, cultures, and food traditions, and should not be reduced to a stereotype,” the statement added.

Others from the Hispanic community also took aim at the first lady’s comments, including Sen. Marco Rubio (R-Fla.), who is from Miami and of Cuban descent.

However, Janet Murguía, the head of UnidosUS, wrote that she was “honored” to have Biden speak at the annual conference in San Antonio, adding: “She has been a great educator in, and a great amiga to, our community for years. Privileged to call her a friend.”

The meeting was already looking likely to be tense after Obrador boycotted the recent U.S.-hosted Summit of the Americas at the Los Angeles Convention Center in protest over the White House’s exclusion of the governments of Cuba, Venezuela, and Nicaragua from the event. 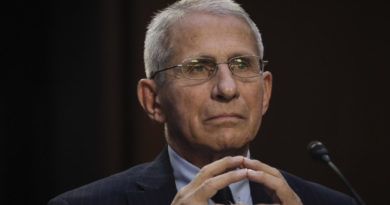