Two antitrust lawsuits that accused Amazon and five big book publishers of illegally conspiring to fix prices of traditional and electronic books in the United States were dismissed on Thursday by a federal judge.

The five book publishers targeted by the two lawsuits were Macmillan, HarperCollins, Simon & Schuster, Hachette, and Penguin Random House. The first lawsuit was an antitrust litigation filed by Seattle-based law firm Hagens Berman. It was filed in the Southern District of New York in January last year, and it alleged that big publishers conspired with Amazon to keep the prices of e-books artificially inflated and sought to suppress price competition in the retail space.

The five publishers also are alleged to have signed agreements with Amazon that gave the tech company a 30 percent fee for every e-book sale as well as providing a guarantee to Amazon that its prices will not be undercut.

The second lawsuit, filed in March 2021 by Illinois-based firm bookseller Bookends & Beginnings, alleged that Amazon has been awarded a “discriminatory” discount on traditional books, including paperbacks and hardbacks, according to Reuters.

As a result of this discount, the bookseller claimed that it is forced to pay higher wholesale prices to publishers and suffer low sales.

Last month, U.S. Magistrate Judge Valerie Figueredo dismissed the two lawsuits, insisting that there was a lack of evidence to prove collusion between publishers and Amazon.

Figueredo questioned why consumers in the lawsuit provided no reasoning as to what motivation book publishers would have to participate in the alleged conspiracy when such actions only strengthen Amazon’s dominance in the e-book market.

The dismissal of the lawsuit comes as the Department of Justice (DoJ) is opposing Penguin Random House’s proposed acquisition of Simon & Schuster. At the core of the case is a concern about author earnings.

In the lawsuit, the DoJ argues that the “proposed merger would likely result in authors earning less for their books.”

Prolific author Stephen King was a witness for the DoJ. At the court, he called the consolidation a “bad” development for a competitive market.

“When I started in this business, there were literally hundreds of imprints, and some of them were run by people with extremely idiosyncratic tastes, one might say. Those businesses were either subsumed one by one or they ran out of business. I think it becomes tougher and tougher for writers to find enough money to live on,” King said, according to Publishers Weekly.

The average American author makes around $20,000 per annum, which is below the federal poverty guidelines, National Book Award finalist Min Jin Lee noted in a tweet on Aug. 4.

The merger between Penguin and Simon & Schuster will potentially create a large publisher and “likely decrease the number of buyers of manuscripts,” she warned. 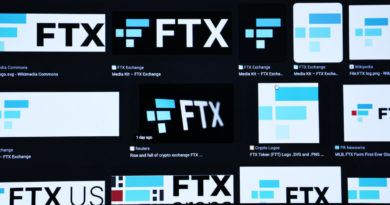 Federal Prosecutors Had FTX on Their Radar Months Before Collapse

Woman and 2 Dogs Killed by Lightning in Pico Rivera