A motion to have the ordinance drafted was introduced by Councilman Joe Buscaino and passed the city council 10–4 on Feb. 8, with council members Marqueece Harris-Dawson, Nithya Raman, Curren Price, and Mike Bonin opposed. Harris-Dawson said at the time that the potential law could have gotten him arrested as a child.

The ordinance was tentatively approved Tuesday by an 11–3 vote, with Raman, Bonin, and Price again opposing it, but Harris-Dawson voting yes. Information about Harris-Dawson’s vote change was not immediately available.

The ordinance required unanimous approval to pass Tuesday, but it will be considered again next week, when it needs a simple majority support.

The draft ordinance is modeled after one already in effect in Long Beach to prohibit the assembly, disassembly, sale, offer of sale, and distribution of bicycles and bicycle parts on public property or within the public right-of-way.

Buscaino said it would prevent “bicycle chop shops,” in which people disassemble stolen bikes and sell the parts on sidewalks.

Raman, speaking in February about her opposition to the ordinance, noted that the actions used to justify the ordinance—including bicycle theft and blocking the sidewalk—are already illegal.

Echoing Raman’s concerns, the Palms Neighborhood Council said, “the legal tools already exist here. Instead, this motion would make illicit, in most circumstances, the street sale of and repair of all bicycles and would imperil and cast suspicion on street vendors of non-stolen bicycles, who often serve poor riders.

“Obtaining and servicing low-cost bicycles is vital for many low-income travelers and travelers of color. Many delivery people and messengers who rely on low-cost bicycle service would see their livelihoods threatened,” the neighborhood council’s statement continued.

The Los Feliz Neighborhood Council told council members in its community impact statement that it opposes the language of the ordinance, saying it “will criminalize mundane activities of cyclists and risk increasing the harassment and victimization of already vulnerable populations: the unhoused and black and brown cyclists.”

Buscaino, however, said the ordinance would give the Los Angeles Police Department a “necessary tool” to reduce the number of bicycle thefts in Los Angeles. Under the proposed ordinance, a “chop shop” is defined as the following:

Buscaino said his district, which borders Long Beach, “has seen a proliferation of bicycle chop shops.” 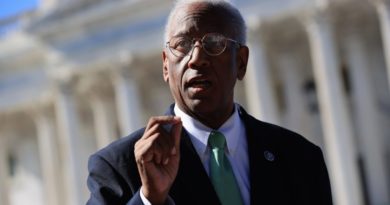