JACKSON, Miss.—A man who was executed in Mississippi last month for killing his estranged wife admitted to another killing, and his confession could resolve a 2007 cold case, a prosecutor said Monday.

Before his execution on Nov. 17, David Neal Cox told his attorneys he killed his sister-in-law Felicia Cox in 2007 and provided detailed instructions on where investigators could find her remains, said John Weddle, who is the district attorney for several northern Mississippi counties.

“There is no indication that anyone other than Cox is responsible for Felicia Cox’s death,” Weddle told a news conference.

Weddle did not disclose the location Cox provided but said it is in Pontotoc County, Mississippi, where Felicia Cox was last seen. He said investigators are preparing to begin recovery efforts. Mississippi State University archaeology and anthropology experts are on hand to assist if the remains are located, Weddle said.

“We would like to stress that locating the remains of Felicia Cox is not a foregone conclusion,” the district attorney added. “We are hopeful that the information is accurate and that recovery efforts will be successful so that Felicia’s family may give her a proper burial.”

Felicia Cox’s daughter, Amber Miskelly, was present at the news conference, standing next to her husband. She was silent as Weddle spoke, but wiped away tears. Miskelly had just turned 18 when her mother went missing.

Felicia Cox, then 40, was last seen in July 2007 visiting her sister-in-law, Kim Kirk Cox, in Pontotoc. Kim Kirk Cox, who was married to David Neal Cox, was later killed by him in May 2010, the crime for which he was executed.

David Neal Cox, 50, was the first inmate executed in Mississippi in nine years. Before his execution, he abandoned all appeals and filed court papers calling himself “worthy of death” before the state Supreme Court set his execution date.

Cox pleaded guilty in 2012 to capital murder for the May 2010 shooting death of Kim Kirk Cox. He also pleaded guilty to multiple other charges, including sexual assault. A jury handed down the death sentence.

Weddle said Cox made the disclosure about his sister-in-law to his attorneys in late October and waived his attorney-client privilege after death. The information was presented to Weddle’s office two days after Cox’s execution, the district attorney said.

FLCCC Conference Shares How to Treat It 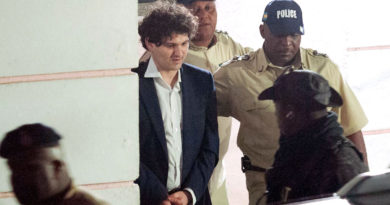