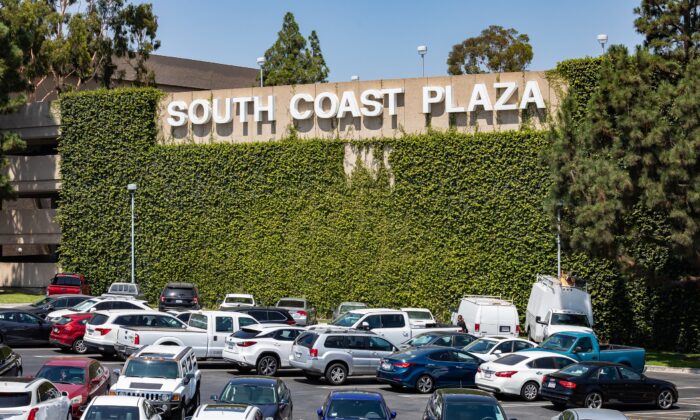 The parking lot of South Coast Plaza is full on the first day the mall reopened, as COVID-related restrictions eased, in Costa Mesa, Calif., on Aug. 31, 2020. (John Fredricks/The Epoch Times)

COSTA MESA, Calif.—Law enforcement is in search of several masked robbers who barged into a South Coast Plaza diner, ordering customers to drop to the ground on Nov. 22.

Police were called to the scene at 7:13 p.m. on Monday to the Seasons 52 restaurant located at 3300 Bristol St.

Three to five masked men involved in the robbery wearing black clothes and hoodies told the customers to “get down,” with one robber apparently armed with a gun, according to Costa Mesa Police Department Spokesperson Roxi Fayd.

The suspects stole a purse and fled the scene in a white Buick four-door vehicle heading south onto Bristol Street, Fyad said.

No injuries were reported.

Vanessa Serna is a California-based daily news reporter for The Epoch Times.