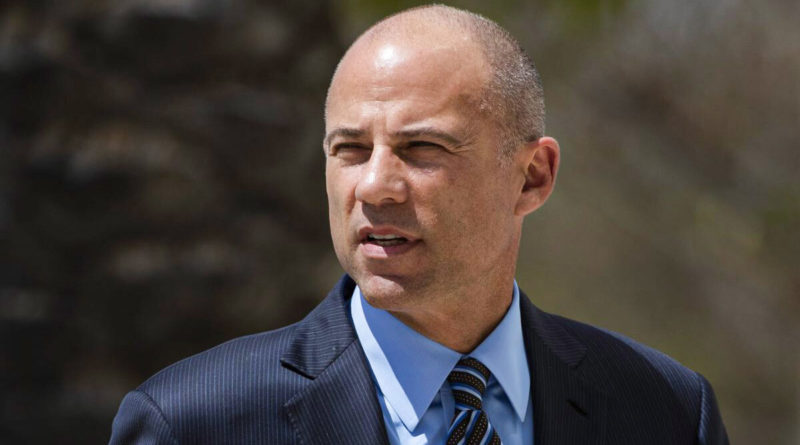 
Incarcerated lawyer Michael Avenatti was sentenced to a 14-year prison term on Monday for defrauding former clients out of millions of dollars and trying to stop the Internal Revenue Service (IRS) from taking payroll taxes from a coffee shop he owned.

In the California case, Avenatti defrauded four clients out of around $7.6 million from lawsuits that he won for them, only to steal the money to fund a lavish lifestyle, according to federal authorities.

According to the Department of Justice, Avenatti stole money from client trust accounts after receiving it on their behalf, lied to them about receiving it, or in one instance, claimed that it had already been given to them.

He also obstructed and impeded the IRS from collecting more than $3.2 million in unpaid payroll taxes by lying to an IRS revenue officer, directing employees to stop depositing cash receipts, and changing the company name, Employer Identification Number, and bank account listed with his credit card processing company to avoid IRS levies, according to the DOJ.

U.S. District Judge James Selna said Avenatti “has done great evil for which he must answer.”

Selna mandated that the 14-year sentence run concurrently with two different sentences the former lawyer is already serving, which totals five years, that had been imposed in federal cases in the Southern District of New York.

Avenatti, who was once seen as a rising star in the Democratic Party, was also ordered to pay over $10.8 million in restitution to the IRS and four clients.

The DOJ said that according to a sentencing memorandum submitted by the prosecution, Avenatti carried out his scam by lying about the actual terms of the settlement agreements he had negotiated for the clients.

He would cover up the counterparty’s settlement payments, steal and spend the client’s settlement money, and mislead the client into not objecting or looking into it further by offering tiny “advances” on the ostensibly unpaid funds, according to the sentencing memorandum.

U.S. Attorney Martin Estrada called Avenatti a “corrupt lawyer” who deceitfully claimed he fought for the “little guy” while serving his own interests.

“He stole millions of dollars from his clients—all to finance his extravagant lifestyle that included a private jet and race cars,” Estrada said in a statement. “As a result of his illegal acts, he has lost his right to practice law in California, and now he will serve a richly deserved prison sentence.”

Tyler Hatcher, the special agent in charge of IRS Criminal Investigation at the Los Angeles field office, said Avenatti used the money he stole from his clients to pay for a lavish lifestyle “that had no limits.”

“While today’s sentencing concludes the government’s case against Mr. Avenatti, the enormous damage left behind will be felt by his former clients for quite some time,” Hatcher said. “It is our sincere hope that his victims will take some solace in the fact that he has been held accountable for his criminal actions.”

This latest sentence comes after Avenatti entered guilty pleas to four counts of wire fraud and one count of attempting to obstruct the Internal Revenue Code’s administration on June 16.

Avenatti, who rose to prominence after he represented adult film actor Stormy Daniels in her 2016 lawsuit against former President Donald Trump, has been in federal prison since Feb. 7.

The former lawyer was already serving a four-year term after being convicted of wire fraud and aggravated identity theft by a Manhattan federal jury in February for taking approximately $300,000 in book sales from Daniels.

Daniels testified in February that the former lawyer “took from me and lied to me.” In September, U.S. District Judge Jesse Furman ordered Avenatti to pay approximately $148,000 in restitution to Daniels.

Additionally, the disgraced lawyer was found guilty in 2020 of trying to extort millions of dollars from Nike, and he is serving a two-and-a-half-year sentence for that conviction.

Daniels herself was ordered to pay almost $300,000 in attorney fees, costs, and sanctions to Trump after losing a federal appeals court bid to overturn a lower court decision regarding a defamation lawsuit she brought against the former president in 2018.

The former adult film actress claimed, just days before the 2016 presidential election, that she was compensated $130,000 as part of a non-disclosure agreement to stay quiet about an alleged one-night affair she had with Trump in 2006.

Later, she later wrote a book about the alleged affair and gave numerous “tell-all” interviews promoting her side of the story.

She further claimed that in 2011, five years after the alleged affair, an unnamed male approached her in a Las Vegas parking lot and threatened her if she didn’t keep quiet.

After Trump ridiculed a composite sketch of the mystery man Daniels released, saying the man didn’t exist and calling her claim a “total con job,” she then filed a defamation lawsuit against him.

In 2018, federal Judge James Otero rejected that complaint on the grounds that Trump’s remark was “rhetorical hyperbole” directed at a political rival and was therefore protected by the First Amendment. Additionally, he ruled that Trump was entitled to $293,000 in attorney costs.

The U.S. Supreme Court declined to take up Daniels’s request to reopen the case in February 2021.

Trump, who has maintained the encounter never happened, described the ruling in that case as a victory and vindication of himself.

US launches mass expulsion of Haitian migrants from Texas | US News