SAVANNAH, Ga.—The mother of a toddler found dead in a Georgia landfill has been charged with murder and other crimes in a 19-count indictment that alleges she used drugs before killing her son and dumping his body in a trash bin.

A Chatham County grand jury returned the indictment against Leilani Simon on Wednesday. She has been jailed since police arrested her Nov. 21, when investigators found her son’s remains after weeks spent combing through garbage at a landfill.

Simon called 911 on the morning of Oct. 5 to report her 20-month-old son, Quinton Simon, was missing from his indoor playpen at their home outside Savannah. After police spent days searching the home and surrounding neighborhood, Chatham County Police Chief Jeff Hadley said that investigators believed the child was dead. He also named Simon as the sole suspect.

Police and FBI agents focused their investigation on the landfill two weeks after the boy was reported missing. They sifted through trash for more than a month before finding human bones, which DNA tests confirmed to be Quinton’s.

The indictment against Simon charges her with murder, concealing a death, and falsely reporting a crime in addition to 14 separate counts of lying to investigators, news outlets reported. Court records did not list an attorney for Simon and it was not immediately known if she had a lawyer who could speak on her behalf.

The night before her son’s death, according to the indictment, Simon met with a drug dealer and used an unspecified drug.

The indictment said Quinton died the morning of Oct. 5 after his mother assaulted him with an unknown object, causing the child “serious bodily injury.” The charges say she then dumped his body in a trash bin outside a mobile home park about 1.5 miles (2.4 kilometers) from her home. Simon later told investigators she had gone there to dispose of “normal household garbage.”

Chatham County Shalena Cook Jones declined to release further details during a news conference Wednesday, when she promised to get justice for the slain child.

“It’s a matter that calls our very humanity into question,” the prosecutor said. “These are the cases that keep us up at night.” 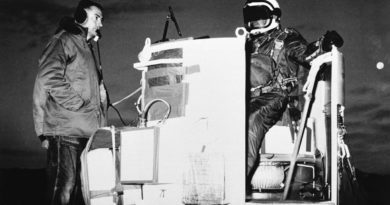 Olympians Speaking Out Over Conditions