Interest rates on mortgages have spiked above 6 percent amid fears that the U.S. Federal Reserve could raise benchmark interest rates even further in a bid to contain inflation.

The 10-basis-point jump on June 14 followed a 33-basis-point hike on June 13. In total, interest rates for the first two days this week have risen by 43 basis points combined.

The drastic interest rate spike this week is the worst since July 2013, when U.S. Treasury yields increased after the Fed announced a slowdown in its bond-buying activity.

“The difference back then was that the Fed had simply decided it was time to finally begin unwinding some of the easy policies put into place after the financial crisis,” said Matthew Graham, CEO of Mortgage News Daily, in an article on his website. “This time around, the Fed is in panic mode about runaway inflation.”

The 12-month Consumer Price Index (CPI), a measure of inflation, reached 8.6 percent in May, the fastest increase since December 1981. Energy prices soared by 34.6 percent while food prices rose by 10.1 percent. The 12-month CPI in April had come in at 8.3 percent following an 8.5 percent hike in March.

In May, the Fed raised its benchmark interest rate by 50 basis points, taking the federal funds rate to a range of 0.75 percent to 1 percent. The agency had also indicated that multiple rate hikes are likely. The Federal Reserve is due to meet on June 15.

There is speculation that the Fed might raise interest rates by 75 basis points, something the agency hasn’t done in 28 years.

Stephen Kim, a homebuilding analyst at Evercore ISI, is expecting higher mortgage rates to temporarily drive down demand below the “depressed level of supply” that exists in several markets.

“We continue to believe a lack of housing inventory and rising rents will support home prices even in the midst of a buyers strike while falling lumber can largely offset the margin impact of a return of builder incentives,” Kim said in a client note, according to Barron’s. 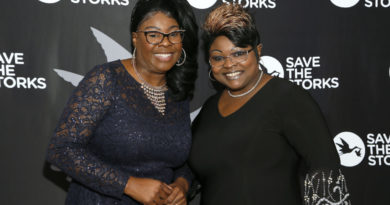 Woman, 70, found buried in concrete in basement after being reported missing | World News