WESTMINSTER, Calif.—A motorist was killed and his passenger critically injured Dec. 16 when the car they were in was struck by a suspect fleeing from an attempted traffic stop in Westminster.

According to the Orange County Sheriff’s Department, deputies tried to pull over the driver of a black Camaro around 10 a.m. on northbound Newland Street near Westminster Avenue. It was unclear what prompted the attempted stop.

The driver failed to stop for deputies, instead running a red light at Trask Avenue, slamming into an eastbound black BMW, sheriff’s officials said.

The driver of the BMW, a 64-year-old man, and his passenger, a 54-year-old man, were both taken to a hospital, where the driver died, according to the sheriff’s department. The passenger was listed in critical but stable condition. Neither has been identified.

The suspect driving the Camaro fled the crash scene on foot, prompting a search by sheriff’s deputies, with help from the Westminster and Garden Grove police departments. The suspect was taken into custody a short time later, according to the sheriff’s department.

The suspect was not immediately identified. 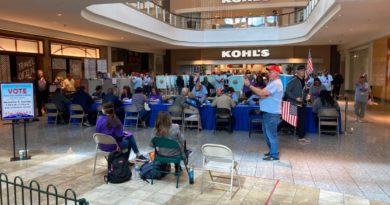