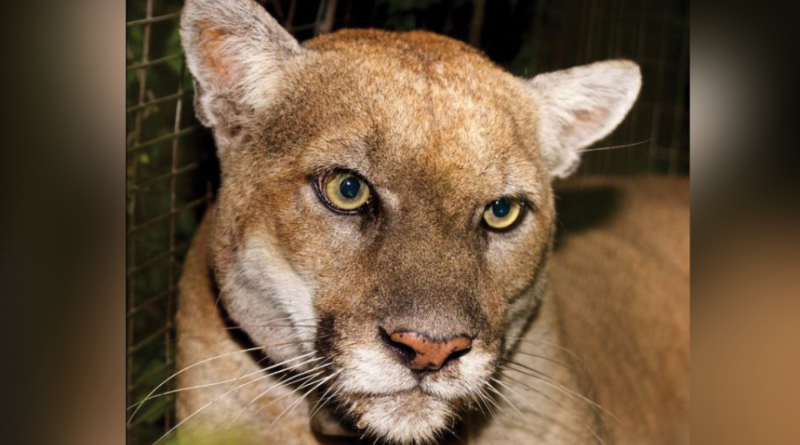 
LOS ANGELES—P-22, the mountain lion who was captured Dec. 12 in a Los Feliz backyard in a severely underweight and injured condition, was euthanized Dec. 17 morning, California Department of Fish and Wildlife officials announced.

“This really hurts,” the department’s Director Chuck Bonham said Saturday morning, fighting back tears. “It’s been an incredibly difficult several days, and for myself, I felt the entire weight of the city of Los Angeles on my shoulders.”

Bonham said P22 had a number of serious injuries and chronic health problems, and after consultation with several veterinary experts, the decision was made to humanely euthanize the animal at San Diego Zoo Safari Park, where he was being treated, to spare him further suffering.

The lion, one of many Southland-area cats being tracked by National Park Service researchers, gained fame locally for his persistence and durability, successfully managing to cross both the San Diego (405) and Hollywood (101) freeways to reach his recent roaming grounds in the Griffith Park area.

Known as the “Hollywood Cat,” P-22 became the face of the National Park Service’s lion-tracking effort. His exploits were documented in various media accounts, including the freeway crossings, hiding out under a Los Feliz home in a standoff that drew widespread attention, and even being named a suspect in the killing of a koala at the Los Angeles Zoo.

He was believed to be about 11 years old, making him the oldest cat in the agency’s study of Southland lions. He was initially captured and outfitted with a tracking collar in 2012. At the time of his last capture, he weighed 123 pounds.

Officials again noted the facial injury Saturday, but said the most serious issue was a herniation of the lion’s abdominal organs into his chest, along with significant pre-existing illnesses that were causing him to deteriorate, including “irreversible kidney disease, chronic weight loss, extensive parasitic skin infection over his entire body and localized arthritis.”

Bowman noted that evidence suggests P-22 could have been struck by a vehicle Sunday evening, though that hasn’t been definitively confirmed.

A memorial service was planned for the animal sometime after the holidays, but no specific details were announced. P-22 will receive a post-mortem examination, and will contribute to multiple research studies before returning to the Los Angeles Natural History Museum, according to California Department of Fish and Wildlife Senior Wildlife Veterinarian Dr. Deana Clifford.

Officials hope the completion of the Wallis Annenberg Wildlife Crossing project near Agoura Hills will dramatically improve conditions for the region’s sparse mountain lion population. The crossing will span over 10 lanes of the Ventura (101) Freeway in Liberty Canyon when completed in 2025, and aims to provide a connection between the small population of mountain lions in the Santa Monica Mountains and the larger and genetically diverse populations to the north.

Decades of road construction and development have been deadly for animals trying to cross, and have created islands of habitat that have genetically isolated wildlife from bobcats to birds and lizards.

Wildlife advocates hope the crossing can save the threatened local population of mountain lions from extinction. They’ve also characterized the future structure as “a global model for urban wildlife conservation” that will “benefit the wildlife and ecology of the area for generations to come.”

The $85 million project will be the largest crossing of its kind in the world, stretching 210 feet over the freeway.

California Department of Fish and Wildlife officials paid tribute to P-22 as a great ambassador for his species and one of the driving forces behind the effort to complete the freeway crossing.

“He’s never going to be forgotten and he can’t be forgotten,” Bonham said. “We put him in this predicament.”