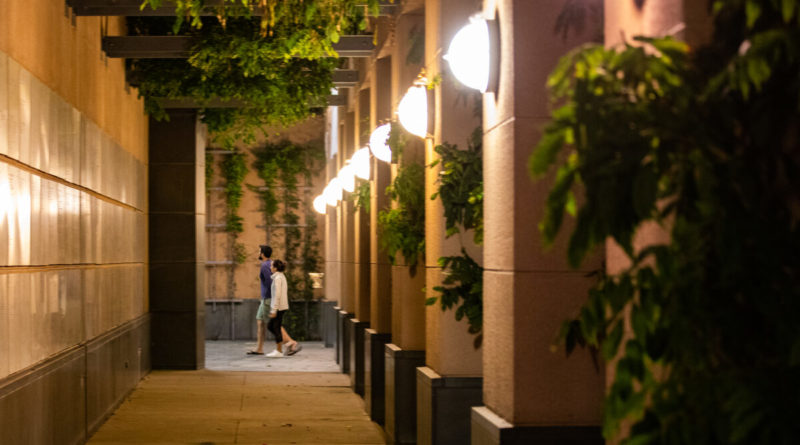 
For just under $2 million, two locals will now get parts of the upcoming newly renovated Newport Beach Public Library named after them and their families, set to begin next year.

The city approved the naming rights agreements for residents Elizabeth Stahr and Roy Woolsey during its Nov. 15 council meeting.

Stahr, who committed $750,000, will have the library’s courtyard at Witte Hall named as the “Stahr Courtyard” once renovations commence, according to a Nov. 16 statement from the Newport Beach Public Library Foundation.

Stahr and her late husband, John Stahr have a long-standing history with the library.

Described by the foundation as being the “driving force” behind the library’s construction in 1994, the couple already has the children’s area named after them, known as the “Stahr Children’s Room.”

The Stahrs were also the founders of the library foundation, with Elizabeth continuing to serve a leading role.

“My late husband John and I were proud, 30 years ago now, to raise the money to build [the library],” Stahr said in the foundation’s statement. “Although John is no longer with us, I am honored to continue that tradition, in our joint names, to help build the new lecture hall.”

The foundation also received a commitment from longtime Newport resident Woolsey to the tune of $1 million, according to a Nov. 15 city staff report.

In honor of his late parents who were longtime residents of Newport Beach, Woolsey’s pledge will go toward naming the upcoming lobby of the library’s Witte Hall, to be named the Louise and Roy Woolsey Memorial Lobby.

According to the library foundation, Roy and Louis both took an active role in their community, with Louise “strongly” supporting the Newport Beach Public Library since its inception.

“My parents were both very philanthropic,” Woolsey said in the foundation’s statement. “Given that their lives in Newport Beach were so full of happiness and success, I felt they should have a legacy here. When the opportunity arose to name the lobby of the new Library Lecture Hall in their memory, it seemed a natural and appropriate legacy given their interest in the library and philanthropy.”

In addition to their role in the library, Woolsey’s father was also a long-time member of the Newport Beach Sunrise Rotary Club, a nonprofit of philanthropic professionals, while his mother supported a number of charities, the statement says.

According to the library foundation, the city has promised to contribute to half the cost of the construction of the hall and the foundation will fundraise for the remainder.

It is anticipated the grand opening will take place in 2024, according to the foundation. Naming opportunities are still available for other parts of the Library Lecture Hall.

Major donors will have permanent recognition on the “Donor Wall” in the Louise and Roy Woolsey Memorial Lobby at Witte Hall and at the grand opening event.