Fentanyl poisoning is killing the region’s residents, particularly young people, on an unprecedented level, according to the department’s Special Agent in Charge Bill Bodner.

“During COVID, sales moved online,” Bodner told reporters at a news conference in downtown Los Angeles to discuss the fentanyl crisis and the response from federal law enforcement agencies.

“No matter where you live, you live in an open-air drug market—you all have smartphones,” he said.

In Orange County, the number of deaths involving the drug increased nearly five times over the course of three years, Estrada added.

“Fentanyl has paved a trail of death across our region and through every community,” he said. “The synthetic drug has taken away too many young people, many of whom were not addicts, but had easy access to narcotics through drug dealers using social media.”

Among the speakers at the news conference was Jaime Puerta, father of a 16-year-old Santa Clarita boy who died two years ago of fentanyl poisoning after taking half of a fake oxycodone pill purchased online. The father held a photograph of his late son, Daniel.

“My son was not a habitual user,” the emotional Puerta said. “This was not an overdose—this was a poisoning.”

Discussing recent federal law enforcement action, FBI Special Agent in Charge Brian Gilhooly told of the arrest of Christopher Hampton, 36, who was named in an 11-count indictment charging him with various narcotics and weapons offenses that could result in a sentence of life behind bars.

Hampton—who was active on at least nine darknet marketplaces, where he typically used the moniker “Narco710″—was arrested Nov. 2, at which time federal agents seized 450 pounds of suspected narcotics; six pill press machines, some of which were capable of producing thousands of pills per hour; and illegal firearms that included assault rifles and a suspected machine gun, Gilhooly said.

“Due to its proximity to the Mexican border, LA is a significant hub,” Gilhooly said.

The indictment, returned Friday in LA federal court, alleges that Hampton sold nearly $2 million worth of narcotics on just two darknet marketplaces that he and his co-conspirators controlled.

“Violent drug cartels, specifically the Sinaloa Cartel and Jalisco New Generation Cartel, are deliberately pushing deadly fentanyl into our communities with complete disregard for human lives in an effort to maximize their profits,” Bodner said.

“Drug poisonings and drug-caused deaths are affecting families across the nation and killing Americans, teens, and adults, at historic rates.

“We are targeting any individual responsible in the drug supply chain—from high-level drug traffickers to street-level dealers—who deceptively sell this poison and create further addiction,” he said. 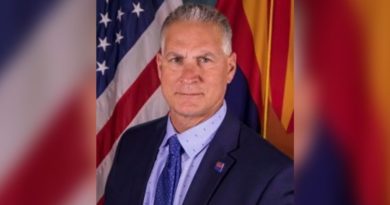 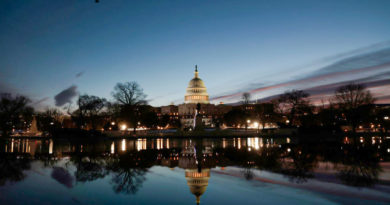 Security Detailee Heard No Talk of Storming the Capitol