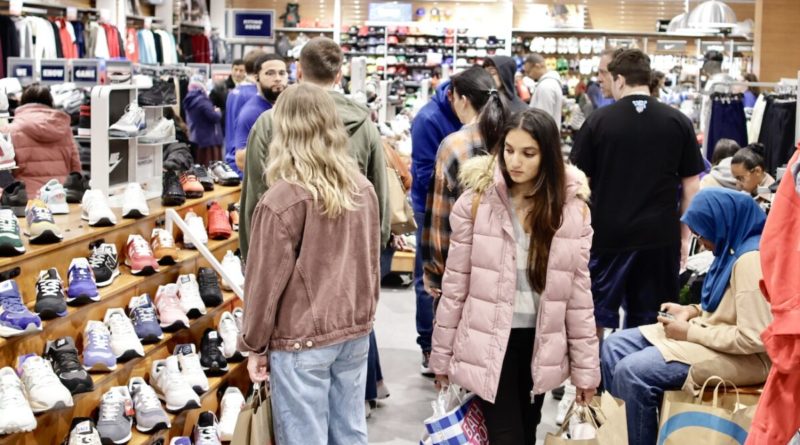 
The COVID-19 Omicron subvariants BQ.1 and BQ.1.1 have risen to comprise over half of new coronavirus infections in the United States in the past week, according to the Centers for Disease Control and Prevention (CDC).

The CDC’s weekly variant update shows that BQ.1.1 has been responsible for 29.4 percent of new closely followed by BQ.1 which accounted for 27.9 percent. Together, the two strains make up 57.3 percent of new coronavirus infections recorded in the United States in the week ending on Nov. 26.

Meanwhile, the Omicron BA. 5 subvariant, which was dominant in the United States from July to October, now comprise about a fifth of new COVID-19 cases.

According to the World Health Organization, BQ.1 and BQ.1.1 are among the more than 300 sublineages of the Omicron variant circulating globally.

The two subvariants have genetic mutations that make it harder for the immune system to combat the virus. As such, people who had immunity from either previous infections or vaccinations may be susceptible to becoming infected. The risk of severe illness remains highest for the elderly and those with underlying health conditions whose immune systems are compromised.

Symptoms for BQ.1. and BQ1.1. appear to be similar to previous variants of COVID-19 for now and may include fatigue, muscle or body aches, headache, sore throat, cough, congestion or runny nose, shortness of breath or difficulty breathing, nausea or vomitting, and diarrhea.

The subvariants are circulating amid the spread of other respiratory viruses, including respiratory syncytial virus (RSV) and influenza.

Both Omicron BQ.1 and BQ.1.1 are also “likely to be resistant” to currently used anti-SARS-CoV-2 monoclonal antibodies (mAbs)—specifically, bebtelovimab and Evusheld (tixagevimab and cilgavimab), according to the National Institutes of Health (NIH). This is due to mutations in the spike protein of BQ.1 and BQ.1.1.

The NIH noted that ritonavir-boosted nirmatrelvir (Paxlovid), remdesivir, and molnupiravir are still “expected to be active against these resistant subvariants.”

Separately, a study by scientists in Germany published Nov. 18 in The Lancet Infectious Diseases journal showed that BQ.1.1 “is resistant to all approved antibody therapies” in the country. The study showed that use of various mAbs were unable to cause “appreciable neutralisation” of BQ.1.1.

Eric Topol, founder of the Scripps Research Translational Institute, told TIME in October that BQ.1.1 is the more concerning of the two subvariants, as it is “just riddled with troublesome mutations” that could “pose a threat to our immune system’s response.”

Both BQ.1 and BQ.1.1, compared to earlier Omicron versions, also appear to be better at evading neutralizing antibodies generated by COVID-19 vaccination or the body’s immune system, according to a study published Nov. 22 in the journal Cell Host & Microbe.

“In general, the subvariants BQ.1 and BQ.1.1 are much better compared to prior variants at evading the [vaccine] booster-mediated antibody response—the neutralizing antibody titers are clearly much lower,” said Shan-Lu Liu, the senior author of the study, per Ohio State News.

Liu, a professor in the Department of Veterinary Biosciences and in the Department of Microbial Infection and Immunity at The Ohio State University, said that people should “be aware while traveling and gathering over the holidays that SARS-CoV-2 variants are continuing to evolve.”

The study he and colleagues conducted suggested that BQ.1 and BQ.1.1 can enter the cells of the human body more efficiently and force those cells to fuse together, which is a step in viral infection that can cause the disease to progress further, thereby increasing the risk of people developing symptoms—including severe symptoms—and becoming infectious.

“From my perspective, this is cause for concern because the original Omicron variant was not very pathogenic—it did not cause much cell fusion at all,” Liu said. “But we now see a trend with these new subvariants of increased cell fusion, and that trend puts the virus in a better position to cause infection and pathogenesis.”

Meanwhile, Moderna stated on Nov. 14 that its Omicron-targeting bivalent booster still showed “robust neutralizing activity against BQ.1.1.” in an analysis of about 40 participants. This, however, represented a 5-fold drop in titers compared to BA.4/BA.5.

XBB a New Variant of Concern

Besides BQ.1 and BQ1.1., the CDC noted in its weekly variant update that a new COVID-19 variant of concern referred to as XBB now comprises 3.1 of new cases in the country.

Preliminary estimates (pdf) in early November via the agency suggested that XBB, first named by scientists in September, is doubling in proportion about every 12 days.

By October, the CDC stated it was “keeping a close eye” on the XBB subvariant.

White House chief medical adviser Dr. Anthony Fauci said on Nov. 22 that protection with the new vaccine boosters, which were designed against Omicron BA.5, “is diminished multifold with XBB” and as such, people who are vaccinated “could expect some protection, but not the optimal protection.”

Mimi Nguyen Ly covers world news with a focus on U.S. news. Contact her at mimi.nl@epochtimes.com