“The landslide victory last night is a reflection of DA Spitzer’s 30-year career in Orange County and his complete and total dedication to victims’ rights and public safety,” Tim Lineberger, a spokesman for Spitzer’s campaign, told The Epoch Times. “Orange County voters know who he is and trust and respect the job he’s done as a community leader over the years.

Hardin said in a statement June 8 he knew the fight “was going to be an uphill battle.”

“While votes are still being counted, it appears our effort to bring reform to the Orange County District Attorney’s Office will not be successful,” he said.

Spitzer, who hasn’t lost a public office election since 1992, including county supervisor and state assemblyman, said during his campaign that district attorneys George Gascón in Los Angeles and San Francisco’s Chesa Boudin—who was recalled June 7—destroyed the counties with pro-criminal policies that increased homelessness, crime, and drug overdose deaths.

“[We] saw a groundswell of support not only for Todd but also a referendum against the pro-criminal policies of Los Angeles and San Francisco,” Lineberger said. “Orange County voters rejected those policies resoundingly and gave Todd a mandate to continue doing what he’s doing to keep Orange County safe and implement common-sense criminal justice reforms that do not jeopardize public safety.”

Hardin, a first-time candidate, ran on policies such as replacing cash bail with a risk-based system and ending the death penalty claiming his approach would “offer Orange County a modern approach based on facts rather than fear.”

“We may have been unsuccessful at the ballot box, but our movement for reform and integrity very successfully injected common sense and dignity into difficult conversations that transcend crime, victimization, race, and justice,” Hardin said. “We are disappointed by this outcome, but so grateful to have had the opportunity to share our vision for a safer and more just Orange County.”

Spitzer faced a number of controversies in recent months including sexual harassment accusations and losing a number of endorsements after a judge ruled he violated California’s racial bias law.

Brandon Drey is a California-based reporter for The Epoch Times. 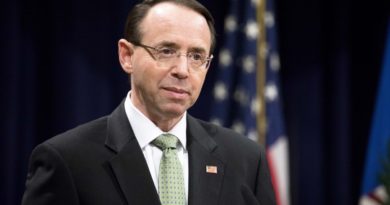 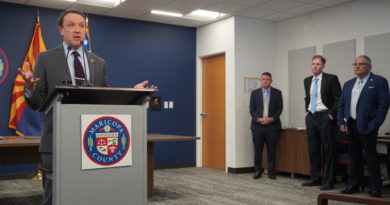 Concerns Over Election Security Run High Ahead of Arizona Midterms