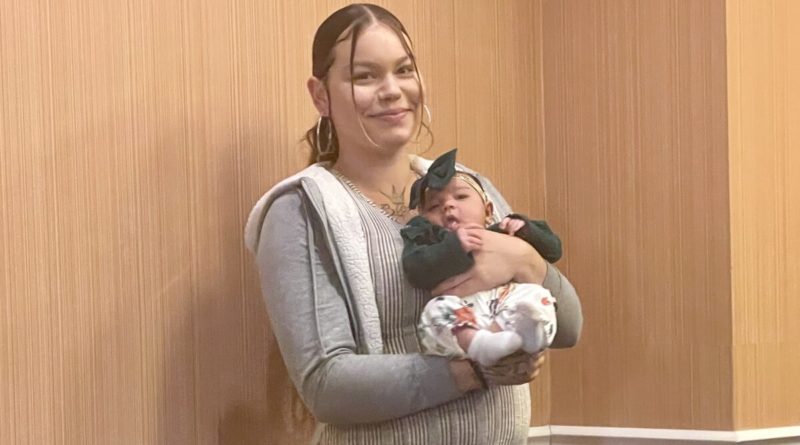 
CYPRESS, Calif.—Alissa Creech was ordered by her then-partner to abort her baby after finding out she was pregnant. After she refused, he cut all ties with her.

“I couldn’t even take care of myself at the time, let alone my son,” Alissa Creech, now 20 years old, told The Epoch Times.

As one of many helpless mothers who received “life-saving” care from Precious Life—a Los Alamitos-based women’s shelter for pregnant women in need—Creech was a special speaker at a West Orange County Republican Women’s Federated meeting Nov. 19 in Cypress.

Creech already had her first child by 16, but he was later taken by Child Protective Services in the midst of her drug and alcohol addiction which began when she was 13.

After years of addiction, homelessness, and familial abandonment followed by alleged abuse in the foster care system, Creech was in search of a safe place to go earlier this year after she became pregnant again.

Helpless and lost, she was referred to Precious Life, which was established in 1989 as a nonprofit to help expectant mothers facing homelessness.

After watching her own mother suffer from drug addiction and later facing the same challenges herself, Creech said she wanted to stay clean and provide a better life for her own children. Precious Life, she said, helped put her on track to do just that.

“I don’t want my kids to end up in foster care like me. I want to give them the life I never had,” she said. “[Precious Life] holds me accountable when I slip back into old habits. … They’re really helping me stay on track. Without them, I don’t know where I’d be. Probably still out on the street. They saved my life.”

According to Creech, staff members at the shelter have been assisting her in many ways, including ensuring she remains sober through drug testing, helping her attend Alcoholics Anonymous meetings, and creating budgets for her to ensure she retains her savings and learns financial planning.

These services are offered to women who walk through their doors to help them build stability in life, according to Precious Life’s Executive Director Theresa Murphy.

“We watch [to see] if a mom can go to work every day, somehow take care of her living space, take care of her child and stay clean and sober, stay with her job, and feel supported,” Murphy said during the club meeting.

The shelter’s work also helps many women like Creech get their children back from foster care eventually, Murphy said.

Now with Leilani, her newborn daughter, Creech is also getting closer to reuniting with her four-year-old son as she continues to maintain her sobriety.

Thanks to Precious Life, she has just earned her high school diploma. She said she wished to pursue a career in child psychology to help youth facing similar challenges she had.